Mexican Fat Boy 1‘s video of the day-long gun-battle in Matamoros on Friday draws you right into the action. He is videoing on foot, and walks on the secluded streets of Matamoros with the rat-a-tat of automatic gunfire and the whirl of helicopter blades wafting in the audio. Bravery is an understatement when describing Mexican Fat Boy 1’s drastic deed, his compelling urge to capture the veracity of this violent event, turned him into Superman. 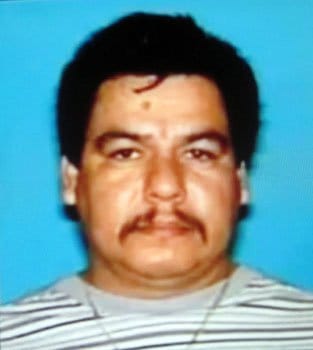 Rather it’s the courage of Mexican Fat Boy 1 that I prefer to chronicle here. All of us have thoroughly scoured the news stories on the shootout in Matamoros by now. This wasn’t a drug sting, this was a major battle in a war. Obama himself placed a call to Mexican President Felipe Calderon yesterday, in support of these commendable efforts to “end the impunity of organized criminal groups.”

I’m wide-eyed this morning, and fully engaged, perhaps by a sobering fear that’s gotten by the diffuse destructiveness that is spilling over to the U.S. Unbelievable as it is, The University of Texas at Brownsville had to shut down its classes on Friday and on Saturday.

Accounts of the battle indicate some discrepancies. Some say it started at 3:30 PM and was over by 5:30 PM on Friday. But it may have begun at 11 AM and it’s been reported that skirmishes persisted even on Saturday. One suspects that reports are downplayed, to calm the withered nerves of a public tethered with trepidation.

Another odd thing, that underscores the rampant chaos, is that the gun battles permeated the entire city of Matamoros. On the balance, the main action must have revolved around the house (citadel) where Tony Tormenta was hunkered down. This is why I sense that the importance of Mexican Fat Boy 1’s video. It does not lie. It’s one particular snapshot of a bigger battle-picture, yet it documents a spontaneous outburst of gunfire that seems to come out of nowhere.

Towards the end of the video, at about 6:01 minutes into it, a black truck emerges in frame with some Gulf Cartel gunmen shooting indiscriminately and taking return gunfire themselves into their black truck. I believe these members were killed. Correct me if I’m wrong. Mexican Fat Boy 1 must have barely escaped with his own life.

His post on YouTube has had 250,000 hits already. But many people have pirated his video and have re-posted it. He should get credit for this ‘profile in courage’ and should even be paid for it. Many are fearful that the Gulf Cartel will get him. He knows too much! Few journalists still stand who are willing to scoop this madness.

I pray they will let him be. His identity is unknown, but he may need to lay low. Very low. Videoing cartel members may not be too good for your health. As we understand, from the repetition of embracing the contours of killing yet another drug-pin, this is not our final chapter. New lieutenants will quickly fill Tony Tormentor’s crusty shoes. The lucre gained from cocaine and marijuana distribution guarantees the rise of a new Lethal Lord of Darkness.

The pattern is beginning to look like a repeat of a bad B-Movie, a showing of Scarface for the millionth time. But this is not a movie, it’s the Real History of Contemporary Mexico. The filmographer of the day, however, works in the documentary format. Mexican Fat Boy 1 defies the odds, and gives us a slice of the drug-wars that o’ershadows any second-hand news coverage. This is a turgid gut-shot of a society gone mad. Mexican Fat Boy 1 is the Abraham Zapruder of the Mexican Cartel Wars.