NewsBlaze News
Home Business Legal Is Matthew Hoffman a Killer Or Just a Collector of People?

And yet no one ever bothered to call the police on Hoffman. Not that the police could do anything unless he had committed a crime. It is known that he choked his ex-girlfriend, and I believe she never pressed charges. Apparently, she feared him, but now is telling authorities of her ordeal. Yet no measures were ever taken to prevent this horrible tragedy from happening! Why?

My only concern is that people are recasting their impressions of Hoffman against the background of these tumultuous events over the past week. Whereas before they were silent, now they are telling reporters every blasphemous detail they can possibly come up with. Why are they doing this? Because they know it will make good copy. If people intuit that Hoffman is the next Charles Manson, Richard Speck or Jeffrey Dahmer reincarnate, then the story will have the lightning legs of Jesse Owens. 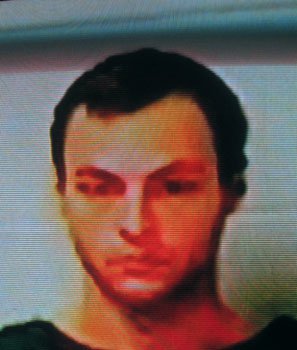 The can of worms to this, is I’m a hypocrite, I’m guilty of the same sin of stereotyping. I want to believe that Hoffman is the new Dahmer. Yet we have no proof so far that he committed any other crime than the kidnapping of Sarah Maynard. Hopefully, the home of Tina Herrmann was thoroughly dusted for fingerprints. Then crucial DNA tests will be conducted on blood left on the scene.

Why did Hoffman spare Sarah while doing away with the others? We’ll have to wait for Sarah to neutralize somewhat from the terrifying ordeal of her six days of being held captive. She must know a considerable lot about the final fate of her mother, brother and the friend Stephanie. A neighbor, Donna Davis recalled seeing Stephanie’s silver jeep in Hoffman’s backyard, when he was making one of his fires. 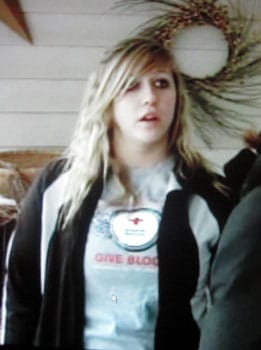 The most careful consideration of Hoffman comes from a neighbor, Kana Fowler. Kana pulls back and doesn’t condemn Hoffman outright, while pointing out some oddities of his character. Matthew would shoot squirrels in his yard and eat them for supper. Kana said he didn’t ever go grocery shopping. Maybe he felt uncomfortable in grocery stores, I don’t know. Matt seemed to exhibit some anti-social behavior, some paranoia existed, for sure, within him.

But was he the boogeyman being portrayed in the media? Town weirdo, cruelty to animals, firestarter? Okay, we could probably include these kudos in our checklist of who he is. Should we add mass murderer too? We do have evidence of violence towards women, then the shooting of innocent squirrels, but we don’t have enough yet to classify him as a mass murderer. 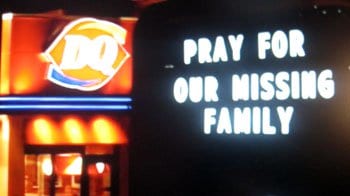 I know he’s not a serial killer, or else he wouldn’t have spared Sarah Maynard’s life. My best guess is that Hoffman was a collector of sorts. You might think this to be fancy, a stretch of the imagination on my part, but this is an inaugural whim that entered my head, when I heard on Sunday that the police had recovered Sarah, bound and gagged in Matt’s basement, while he dosed on the couch. Picture this scene, as sick as it is. How could he sleep under these circumstances? In his own twisted mind, he had collected something he wanted to own. He was calm because he had achieved a hidden desire. This is hard to think on, I realize, but you must enter the culprit’s frame of mind if you wish to fathom this disquieting proviso.

See Also:
Did Matthew Hoffman Murder Tina Herrmann, Stephanie Sprang and Kody Maynard?Aftermath: Requiem To A Tragedy In Ohio! Speak No More, It’s Over With!

In this brainstorm of an analogy Hoffman is Frederick Clegg, the butterfly collector from John Fowles 1963 novel. Clegg’s hobby of collecting butterflies escalates to a young girl by the name of Miranda. I went to the movie in 1965 and it brought me chills. Clegg thinks he is normal, but he is anything but. He wants Miranda to grow to love him over time, in her captivity. This is how I picture Hoffman feeling towards Sarah. Poor man’s head will be shrunk for his remaining days.