Agents with Drug Enforcement Administration illegally located Raymond Lambis’ cellphone, then arrested him for drug possession. Thanks to a resounding victory handed down in court by New York Federal Judge William H. Pauley who delivered a scathing ruling that the Fourth Amendment against ‘unreasonable search and seizure’ had been violated by agents in Lambis’ cocaine case. As result of Pauley’s ruling, Lambis walked free. Legal experts and privacy advocates widely celebrated Pauley’s decision as a victory against illegal snooping by the federal government. Federal drug charges against Lambis carried a possible sentence of 10-years to life in prison. [Judge Pauley Ruling (PDF)]

This unusual case involved federal agents and police officers nationwide using secret surveillance technology to spy on citizens’ cell phones during criminal investigations. Police tracking cell phones or searching a phone after making arrest has been a lightning rod topic in the justice system. In 2014, the U.S. Supreme Court ruled warrantless search of cell phones illegal. The Supreme Court issued a pair of decisions in State v. Hinton and State v. Roden finding that police violated state law when, after seizing a cell phone from a suspect during a drug investigation, it monitored and responded to incoming text messages, arranging drug deals with defendants Hinton and Roden. 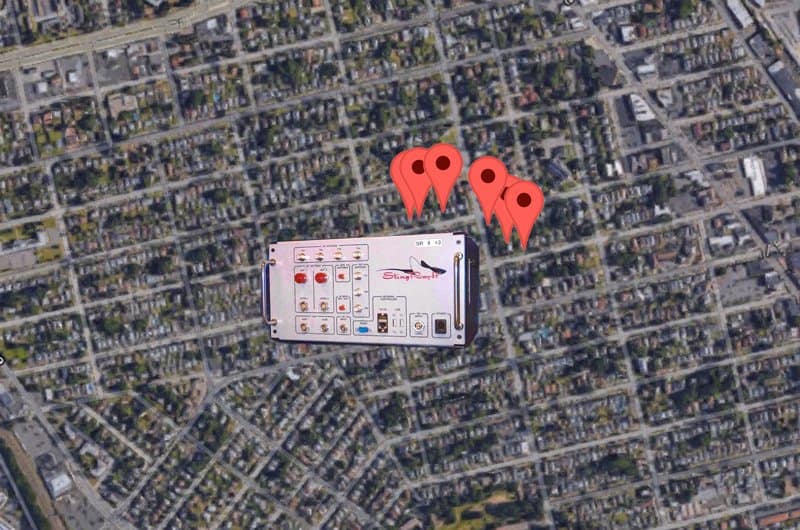 Chief Justice John Roberts wrote: “Our answer to the question of what police must do before searching a cell phone is accordingly simple – ‘go get a warrant’.”

To build a case against Mr. Lambis, DEA agents had used a ‘Stingray’ tracker to locate Lambis’ cell phone that eventually was found by police inside Lambis’ family home. A warrantless search of his bedroom uncovered a large amount of cocaine.

“Absent a search warrant,” Judge Pauley stated in his 14-page opinion, the government may not turn a citizen’s cell phone into a tracking device.

But if prosecutors have their way – Mr. Lambis may soon find himself back in the slammer for a long time. On September 9th 2016, Federal prosecutors with New York Southern District U.S. Attorney Office, put Lambis’ freedom in jeopardy again by appealing to the Second Circuit, to reverse Judge Pauley’s decision to throw out the case against Lambis. “We’re obviously disappointed about the appeal,” said Lambis’ attorney, Alan Seidler, in an interview with NewsBlaze. Nicolas Biase, a spokesman for the prosecutor’s office, declined comment about the appeal during phone conversation with NewsBlaze

Electronic Frontier Foundation Digital Rights Analyst Rebecca Jeschke told NewsBlaze that if the government’s appeal is successful that the effects upon cell phones will only further erode privacy. “As we use cell phones more and more, a successful appeal will touch nearly every American.” 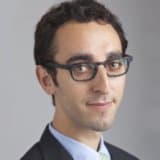 “This is the first federal ruling I know of where a judge squarely ruled that the Fourth Amendment required police to get a warrant to use a Stingray, and further, suppressed evidence derived from warrantless use of the technology,” ACLU Attorney Nathan Wessler told New York Times.

A Stingray device is a generic term that refers to any cell-site simulator with capability to mimic cell towers to find cell phones that police targeted. While in a geographical area police can move the Stingray around and pick up cell phone calls, text messages, voice mail messages, and they are able to pinpoint the location of a targeted phone within a short distance. As reported in news media stories in 2013, “The Stingray technology not only raises Fourth Amendment concerns, it also raises questions about whether police withhold information from judges to monitor citizens without probable cause.”

“After decades of secret and warrantless use of Stingray technology by law enforcement to track phones, a federal judge has finally held authorities to account,” the ACLU’s Wessler said. According to ACLU reports, at least sixty government agencies in 23 states have been using the Stingray to sweep up data off citizen’s cell phones.

Here is a map provided by ACLU that highlight each state law enforcement officers use the Stingray: ACLU Map Shows Every State Where Law Enforcement Use Stingray Surveillance.

During a contested suppression hearing held in Lambis’ drug case on February 25, 2016 – Government prosecutors insisted that “even if the use of the cell-site simulator constituted a ‘Fourth Amendment’ search that exceptions applied.” Prosecutors alleged the exceptions of police using a warrantless Stingray to locate Lambis phone by arguing, “Any search dissipated when agents got consent from Lambis’ father to enter the home, and the fact Lambis gave agents consent to search his bedroom where cocaine was found.”

Judge Pauley shot down this argument. “The procurement of a ‘voluntary’ consent to search based upon a prior illegal search taints the consent,” Pauley said.

A trail of digital technical work led DEA agents to Raymond Lambis’ front door, according to court documents, involved an unidentified man the Feds had targeted as part of an international drug ring. DEA agents testified in Lambis’ court hearing in February 2016 that the narcotic pipeline had been transporting large amounts of illegal narcotics from South America into the United States for several months beginning in early 2015.

Hoping to reel in major players, DEA agents first obtained a wiretap warrant to glean information about the numbers dialed from a specific cell phone. After agents obtained the warrant they monitored messages off a Blackberry between two suspected drug traffickers. During one particular conversation agents overheard a voice referring to someone named “Patilla.”

The unknown “Patilla” had a 646 area code. Messages exchanged between Patilla and the other party indicated that Patilla could furnish hydrochloric acid, a substance often used by narcotic traffickers to purify heroin. Next, agents got a warrant from the phone company requesting ‘approximate location’ information for the 646 area code. Location information is described as “Cell-Site Location Information,” a term of words abbreviated (CSLI).

Attorneys and privacy advocates have complained incessantly that police, particularly DEA agents will often mislead judges into thinking that the warrant they sign off on is specifically for agents to get cell-site information from a data cell carrier. Yet instead agents intentionally don’t tell a judge they intend to use a warrantless ‘Stingray’ to locate a person’s phone or actual address.

For example, in Lambis’ case, DEA Special Agent Kathryn Glover obtained a warrant seeking cell-site data and location information for the 646 phone – not for the search of Lambis’s apartment – nor did Glover disclose to the judge on the warrant affividavit they would use the ‘Stingray’ to conduct a search to pin down Lambis’ exact location. Agent Glover’s sworn information stated: “the Prospective Location Information will be obtained by requiring the Service Provider(cell phone carrier) to provide the information.”

“So they went to the effort to get a warrant, but then didn’t tell the judge they intended to use that same warrant to use a Stingray,” Christopher Soghoian, an ACLU technologist, told Ars media.

By finding where the 646 phone was located based on ‘CSLI’ the ‘CSLI’ only guided DEA agents to within the ‘general area’ of the intersection of Broadway and 177th Street in Manhattan New York. In order to pinpoint the ‘house or building’ where the phone most likely resided with its owner the DEA unleashed the infamous Stingray to first locate the apartment building, and subsequently, the electronic power of the ‘Stingray’ zoomed in on Mr. Lambis’ exact apartment location.

A technician used the hand-held ‘Stingray’ as he walked through the apartment building and, right on target; the ‘Stingray’ picked up the strongest signal that indicated the targeted cell phone was inside Lambis’s family apartment. Finally DEA agents knocked on the door and Lambis’ father allowed the gun-toting agents inside.

Agents questioned the elderly man, asking if other people lived there, and the man said … yes. Then, Lambis’ father, visibly nervous, knocked on his son’s bedroom door (Raymond Lambis). Opening up the door, Lambis’ eyes widened in surprise to see hard-staring police agents standing there with their weapons displayed.

Ultilizing questionable tactics, DEA agents convinced Lambis to consent to a search of his bedroom where agents discovered a kilo of cocaine, empty ziplock bags, a scale, including eight cell phones. Formally charged with illegal drug possession with intent to distribute and other drug-related charges, Lambis’ attorney filed a motion to suppress the evidence on February 25, 2016. In Judge Pauley’s concurring ruling, Pauley also challenged head-on the ‘thorny’ issue raised by prosecutors about the third-party doctrine, which, stemmed from a 1979 Supreme Court case that stated U.S. citizens were not entitled to privacy when they hand over information to third parties like a phone company. Pauley concluded the third-party doctrine did not apply because DEA agents located Lambis’ cell phone at his home without use of another party – none other than the illegal Stingray.

With the Stingray under heavy fire of criticism including Judge Pauley’s slam-dunk decision against police illegal use of the controversial Stingray surveillance in Lambis’ case, several states, reacting to future contentious litigation regarding the fact that devices like the Stingray pose constitutional challenges over Fourth Amendment rights, certain states recently passed privacy legislation aimed at protecting citizen’s cell phone data from warrantless Stingrays and other questionable cell-site simulators often used by police. States included were; Washington, Rhode Island, Virginia, California, Utah, Illinois and Minnesota. Stingray technology ignited so much fire until even the Department of Justice, DEA and Homeland Security imposed a mandate requiring agents to obtain a warrant to use a Stingray during investigations.

Texas State Rep. Bryant Hughes, R-Mineola recently filed House Bill 1608 that requires law enforcement officers to obtain a warrant for cell phone location including Pen Register, Trap and Trace, and cell phone data extracted from tower locations. Hughes’ bill further requires that mobile data would only be provided to law enforcement “if there is probable cause to believe(cell phone records) will provide evidence in a criminal investigation.”

Steve Baldassano, a Harris County Texas prosecutor in Houston, said in a interview with Texas Tribune that although the policy change would only affect “historical” investigations. Baldassano further explained how police already need to establish probable cause in “real-time” situations involving kidnappings and chases, and that the new law could make it harder to catch certain criminals. Baldassano said that cell phone data might be the only evidence supporting or disproving an alibi at an early stage of an investigation. With this new barrier, he said, “you’d just have to let it go.”

Rhode Island lawmakers passed twin bills (2016-H7167A &amp; 2016-52403) that prohibits obtainment of citizens cell phone data by police cell-site technology. “Citizens have the right to expect that they will not have their personal information investigated by police without a warrant,” said Rep. Edith H Ajello (D-District 1, Providence).

On May 18, 2016, Illinois Senator Daniel Biss passed the “Citizen Protection Act” (Senate Bill 2343). “As advances in technology enable police to more efficiently investigate and solve crimes, its important that we help them to know they are following state laws and the Constitution,” Biss announced in a news release. The law went into effect January 1, 2017.

Meanwhile it’ll be interesting to see how the Appeal in Lambis’ case plays out and if law enforcement continue to use warrantless cell-site ‘Stingrays’ to track down cell phones without a warrant.

NewsBlaze Reporter Clarence Walker will monitor U.S. vs Lambis and report on the results of the appeal. Contact Walker at: <a href=”mailto:[email protected]”>[email protected]</a>