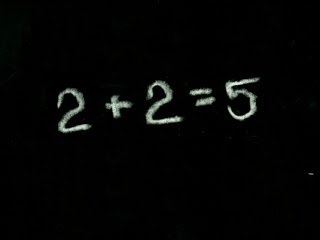 A reader wrote this in response to my post about Senator Bob Corker entitled, The Senate Loan Shark.

I read this article with great interest, and I have a few questions for you, especially since you have a degree that emphasized economics.

I often find that people like you take an elitist stance on the issue of payday loans…because your wife is a dentist and you do just fine, thank you. You’ve likely never set foot in a store, talked to an owner, talked to more than 3 customers….if you’ve even talked to one, I’d be shocked.

And by the way, I don’t need YOU to tell ME what MY choices of credit should be. There’s a reason 9 million people use payday loans each year. Use that economics degree, Chuckles. See if you can guess the reason.

Where do I start? Lets begin with question #1. Yes, when I was young and stupid, of course there were instances when money was needed fast. But to get the kind of loan you are lobbying for was not available back then. Maybe because it is borderline criminal, or maybe nobody thought loan sharking could actually be transformed into a legitimate business plan.

With that being said, since I was young, I probably would either have asked a friend, or family member, But one time I did approach my boss for an advance on my pay. Which was granted when I was working my way through college. I remember the sum being something like $70 bucks to pay for the rest of my rent.

Would a Pay Day Loan been a better option then? Of Course not, a pay day loan should be the absolute last option anyone should ever think of.

Lets look at why.

Let’s say anonymous needs a $300 loan to fix his car. He or she goes down to the local payday loan company and they agree to give a loan. A check is written by anonymous for $375 and is given to the loan shark, and they give him 300 large. Two weeks later anonymous gets paid and the payday company cashes the check, closing the deal.

What is that? Somewhere close to 650% apr. An Econ degree is not needed to see that this is an awful business decision.

Hell can’t you ask somebody for a ride to work, and give him or her gas money? You are saying that throwing away $75 is a viable option, that is financial suicide.

What % of your total weekly income is that $75 you are throwing away? If you think that is a sound financial move, I have a bridge to sell you, or some swamp land in Florida for a great price.

Don’t you understand that is exactly how a Loan Shark conducts business?

Lets take a minute and explore other avenues before you make such an idiotic transaction again.

The U.S. Federal Trade Commission’s recommendation is to avoid payday lenders. They recommend these alternatives.

Let’s set up the emergency fund so you don’t need that payday loan.

Dave Ramsey says an emergency fund is a must. As a matter of fact it is the first baby step toward a debt free future.

An emergency fund is for those unexpected events in life that you can’t plan for: the loss of a job, an unexpected pregnancy, a faulty car transmission, and the list goes on and on. It’s not a matter of if these events will happen; it’s simply a matter of when they will happen.

This beginning emergency fund will keep life’s little Murphies from turning into new debt while you work off the old debt. If a real emergency happens, you can handle it with your emergency fund. No more borrowing. It’s time to break the cycle of debt!

Here is another source for building an emergency fund.

I would also like to take a moment and answer questions 4 and 5. The answer is an overwhelming yes. I actually called on Check into Cash in Cleveland Tennessee, it was one of our largest customers, when I was working for a transportation broker. I am very familiar with the workings of not only the branch offices, and have met many of their branch managers throughout Tennessee. But also the efforts from their home office. Shocked?

Of course those questions were trying to paint me as some sort of yahoo who couldn’t possibly understand the loan shark business. But I can assure you it is not complicated.

But the fact of the matter is, for the past two decades, credit card companies, mortgage brokers, payday lenders, and basically every Bank and Non-Bank entity has been running wild in a regulator free environment. Where the everyday consumer has been taken advantage of. I am stumping for Consumer Protection, and the regulation to protect the little guy.

Bob Corker and his attempt to exempt payday lenders from the same regulation as other non bank entities such as credit card companies, and the Political process behind it, makes me ill. Yet, you anonymously back the status quo, with claims of “don’t tell me what to do” I’m not a wiseguy, I’m telling my representatives who try to give special exemptions to an industry that charges 650% apr to be held accountable. Those payday loan scams should have their interest rates capped just like the credit card companies, and if that forces them out of business, then so be it. But they should have to play by the same rules. Because even if 100% of the payday loan crowd paid their loan on time, and we know that not to be true, it is still legalized loan sharking.

In conclusion, I would like to say if stumping for consumer protection is elitist, then fire up the Bentley Muffy, we’re off to the Hamptons.