Google announced its acquisition of YouTube on October 9, 2006, a search engine snapping up a video sharing website for $1.65 Billion is a real dichotomy. Conversely enough, capitalizing on YouTube’s content through the placement of ads seemed like a lucrative way to attain appreciable profits, especially over rivalries such as Yahoo! MSN, Microsoft, MySpace and others. Google’s demand for online advertisements has benefited the company by stringing ads to the keyword searches, a protruding advantage over its major competitors at that time, MSN and Yahoo. 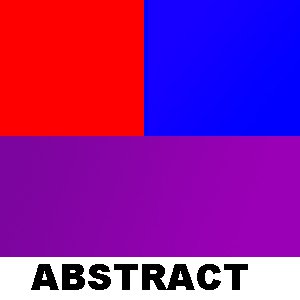 A week after the acquisition Google announced the company’s strong earnings in the third-quarter, a report mandated by the (SEC) Security and Exchange Commission. Between October 16th 2006, and October 25th 2006, Google’s stock spiraled from $419.31 to $486.60, an all-time high. Prior to that, the second-quarter profits were more than double that of its preceding year, an incentive that would unequivocally inspire more investors.

The juxtaposition of incongruity, capitalizing on a new medium of advertisements, although prior to the acquisition, Google’s online video services allowed unlimited video uploads of any length; Yes indeed! Google was the Video Sharing prototype or preliminary model of a mediocre video-sharing-integration that preceded the YouTube Archetype,” a service Google launched on January 25, 2005. A few months before the acquisition.

After Google purchased YouTube it discontinued the ability for users to upload content to their hosting in 2009, and in 2011, discontinued video-playbacks of contents on their hosting services, but reversed the process a week later to give users the ability to transition from “Google” to “YouTube.” Around March 2013, YouTube celebrated 1 Billion monthly users, a phenomenal figure and a shrewd acquisition far from folly.

Prior to the unprecedented users, in early 2011 Google forced YouTube users to link their “Users Account” with their “Gmail,” an intransigent transition for most users that was imminent. By the mid-2012, Google’s Gmail service had over 425 Million active monthly users, soaring far above, “Hotmail,” unassailably becoming the largest email service on the planet. Google’s email services were escalating from two independent mediums, an indirect way to catapult into the Guinness virtual prime time.

A Social Network for professionals, acquires an aggregated newsreader App for $90 Million, seems like a far-fetch notion and a questionable one indeed. But here’s what’s interesting; Linkedin is specifically designated for resume hunting, job placement, networking and recruiting etc…

But with the implementation of Pulse, with it’s already stream of contents, it has migrated into a publishing platform aimed at professionals. An augmentation giving it peculiarity over other social-networks. A one-stop shop and a legitimate reason to return. And don’t forget Pulse already had over 11 million monthly users, an acquisition that propelled Linkedin monthly active users to over 250 million.

Demystifying the enigma of company mergers, acquisitions and consolidations has always been an inexplicable phenomenon indeed; some mergers are explicit while others are vaguely implicit. You’ve seen contrasting companies surge into equilibrium after an acquisition, while other company-mergers dissipate into oblivion. (For a lack of a better word)

Many online tech companies were the result of two polarized prototypes that predicated an archetype, (preliminary models served as a pretext to an original concept). Two contrasting original website-concepts, serving as a prelim to other archetypical-websites; it’s a pervasive domino-effect in continuity. A business epidemic.

Hey! Remember Altavista, Askjeeves, Dogpile, Lycos, Webcrawler and Infoseek? Over 90% of these popular search engines have faded into oblivion, the contemporary internet we know today was once contingent on these preceding hallmarks, they served as a prerequisite; so in retrospect to these moments I simply reminisce ostensibly, a saddening irony.

The Juxtaposition Of Incongruity