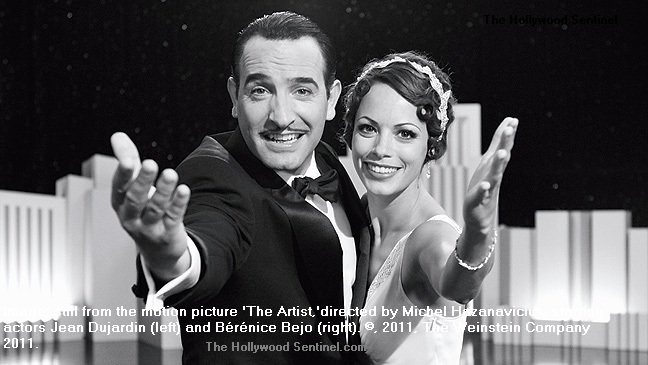 Nous, which broke through to the French public through multiple wins on television talent competition series “Graines des stars” and went on to appear on France’s most successful talk shows. Jean won best actor for The Artist, and during his acceptance speech, dropped the equivalent of the F-bomb in French. Meryl Streep won for best actress for her portrayal of Margaret Thatcher in The Iron Lady.

Gore Verbinski won the award for best animated feature film, with his picture Rango, starring the voice of Johnny Depp. The following is a portion of the onstage acceptance speech he proudly gave.

Gore Verbinski: Thank you so much, this is crazy. Someone asked me if this film was for kids and, I don’t know, but it was certainly created by a bunch of grownups acting like children and we just had the best time. I want to thank the real-world chameleon, Mr. Johnny Depp, and the entire cast for coming out and playing.

(…) And to my beautiful wife and my family who inspire me every day with their smiles and laughter. It doesn’t get any better than this, thank you.

Check out The Hollywood Sentinel at the link below this week Monday night for exclusive backstage photos and interviews with the stars for our coverage of the 84th Annual Academy Awards.

Image and story is (c) 2012, The Hollywood Sentinel, Paramount,Oscars All rights reserved.