Although police actions aimed at terror suspects are not unusual these days in most western countries, events related to the 9/11 disaster did not occur in New Zealand until recently. The picturesque island nation in the Pacific was shaken by the news a jihadi pilot had managed to enter their country on an English language study student visa.

Last week it was revealed that Rayed Muhammad Abdullah Ali (28) who was deported to Saudi Arabia was a member of the original group trained for the 9/11 terror attack. During his stay in the U.S. Abdullah Ali resided in Arizona in an apartment with terror pilot Hani Hanjour who flew American Airline flight 77 into the Pentagon complex on September 11 2001. According to American sources Abdullah Ali is named 13 times in the 9/11 Commission Report. His name appears also on an FBI suspect list compiled following the terror attack in which four civilian aircraft were hijacked by teams of jihadi pilot students and other al-Qaeda members. 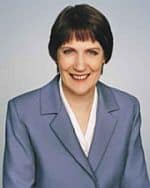 New Zealand police and security authorities discovered that the would-be pilot had entered their country on a student visa some four months ago and had settled in Auckland where he right away enrolled in an English language school. A short while later Abdullah Ali moved to Palmerstone North where in April 2006, apparently upon introducing documents verifying his flying experience, he enrolled in the Manawatu Aero Club intending to add to his flying hours and hoping to receive a New Zealand pilot license. It is unclear whether he eventually flew solo or only with a club instructor. The Sunday Star-Times says the New Zealand Security Intelligence Service (SIS) questioned a number of flying school staff and officials across New Zealand more than a month ago. As a result of their investigation the police visited the aero club to inform them Rayed was under surveillance and to instruct club staff not to disclose any details of the investigation.

One document states that the young Yemeni born wannabe pilot’s passport name was printed as Raed, in contrast to the FBI’s listing where his name is spelled as Rayed. Four months after Abdullah Ali’s arrival New Zealand immigration and security authorities became aware of Rayed Abdullah Ali’s true identity and he was arrested and then quietly “escorted” back to Saudi Arabia under section 72 of the Immigration Act. This act was used only once before in 1991 to expel a Russian spy. A signature of New Zealand’s Governor General is required to execute this type of deportation order.

The whole affair is raising many questions about New Zealand’s national security and the possibility the country might easily become a terror hub with dire consequences. Of interest to counter-terror experts is the ease with which Abdullah Ali seems to have entered the country appearing as a bona fide student and then blending into the general population. The New Zealand media has been covering every known detail including interviews with the suspect’s acquaintances. His flying instructor and landlord, Captain Ravindra Singh, described the Yemeni citizen who arrived from Saudi Arabia, as “genuine” but added “he found it difficult to enroll in an aviation course here.” Neighbors in the Flatmate unit where he lived with many Indian and Chinese immigrants described him as “just another guy.” A kebab shop owner, afraid of revealing his name, told a visiting journalist Abdullah Ali was a frequent diner who was looking for work but was told he could not work unless issued a different visa.

Various groups and agencies are accusing each other of allowing a 9/11 suspect to enter the country and fly over her cities. Obviously the New Zealand SIS acted on a warning from the U.S. learning also that while in the U.S., and immediately after 9/11, Abdullah Ali was interviewed by the FBI but, like in a number of other cases, was simply released.

For counter-terror experts and analysts this case represents just the tip of a much larger iceberg. It demonstrates how lack of vigilance and appeasing politically correct attitudes towards newcomers from the Muslim world can create a serious breach of security although no government will openly admit that arrests, trials and deportations, are motivated by a latent suspicion of Muslims. The numbers speak for themselves. Those lately arrested on suspicions of terror acts or plots in the U.K., Europe, Australia and the U.S., are mostly Muslim men.

In societies where immigration is a routine reality many of those coming from Asia or the Middle East have very few problems in integrating. There are no political or religious pressures and their attitude is of live and let live. Although the majority of new immigrants and well settled old timers are interested in the full realization a live and let live approach, there is a dangerous minority who want to live until they kill.

It would be wrong to cast a shadow of suspicion only at Muslims in the West and there are many pockets of militancy, which have nothing to do with militant Islam. There are racist groups, ethnic groups, and extremist ideologists of anything from the teachings of Mao to the anarchist movement, to mention but a few.

However, in this age of imminent and present danger of terror coming from jihadi volunteers it is amazing how a man, known to have had ties with some of the 9/11 hijackers, could move around the world with a “minor” change in the spelling of his name, and then attempt again to obtain a pilot license.

In conclusion, most experts believe the egg on New Zealand’s face represents severe negligence and mismanagement with other possible terrorists continuing their daily routine of preparing for the inevitable.

Things to do in Brisbane

The Melbourne Cup – A Brief History of the Great Race

US Consumers to Benefit from New Zealand Wool Partnership