Having heard fabulous raves about the Biltmore Estate, Sherry and I planned our next Road Trekin Adventure to include Asheville, North Carolina. We had the privilege to spend an entire day at the Biltmore Estate. The house was built by George Vanderbilt in1895 and portrays amazing craftsmanship, creativity, and ingenuity.

Before talking more about the Biltmore, I’d like to convey a bit about George Washington Vanderbilt and his wife Edith, as I find their dreams and visions just as inspiring as their estate.

George Vanderbilt grew up as the youngest of three children in a family that took responsibility for their future and took advantage of the great opportunity America offered. George’s grandfather Cornelius Vanderbilt started a Ferry business, which was one small venture that changed the families’ entire future, creating an empire of shipping and railroad companies. 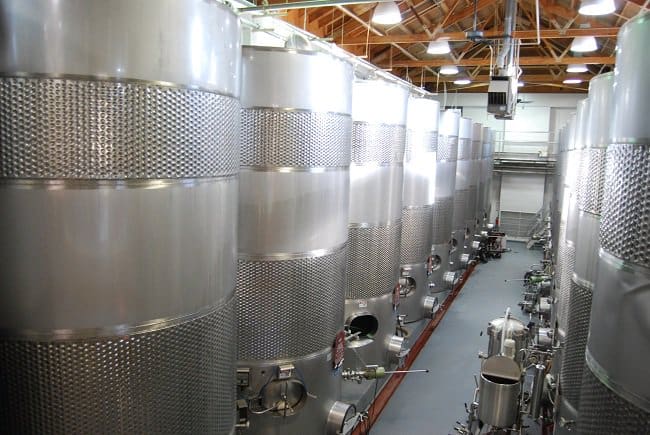 Upon these ventures of success, the family expanded into what was known as American royalty. The family believed in philanthropy, enhancing other people’s lives through medicine, education, conservation and the arts.

I believe this philosophy of George and Edith Vanderbilt, was the true success and the continuing success of the family.

The Biltmore House was built in the tradition of a European style summer home, to be enjoyed for relaxing and entertaining. The original grounds covered 126,000 acres consisting of rolling countryside, heavily timbered areas, abundance of game, and a beautiful river flowing through the estate. Upon entering the grounds was when I began to feel the energies of wonder and awe. 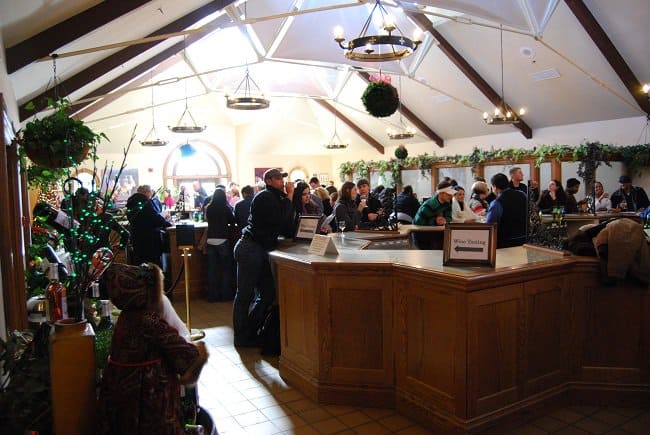 Enormous fountains and gardens greeted visitors upon entering the main courtyard. The entire estate was decorated with Christmas ornaments along with merry spirit inside and out. December was a fabulous time to visit. Shuttle after shuttle dropped visitors off at the front entrance. Two stone-carved lions with the big red ribbons around their necks proudly stood to greet them and have their photos taken.

The sun was shining and the skies were blue, but the winter air was crisp. We enjoyed shooting photographs until we were too chilled to stay out any longer, and there was much to see.

The Biltmore House is built of steel and brick with a veneer of limestone covering it. The stone statues, gargoyles, and other designs, all hand carved. Detail and character were everywhere. 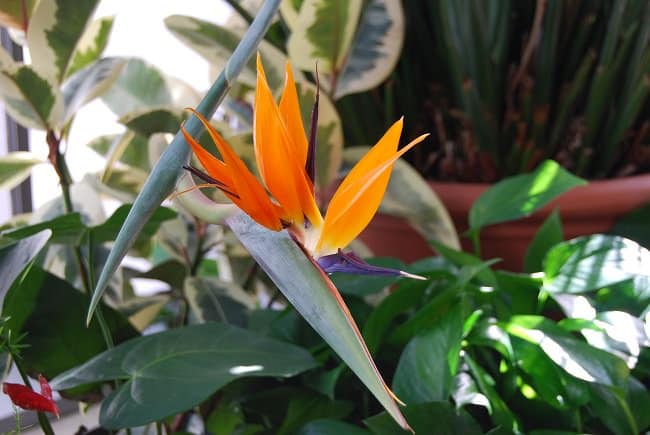 Upon entering the castle like entrance, we decided to explore the upstairs first, as the main floor was already filling up with visitors. The main staircase was made of concrete, very wide and curled to the next level. A gigantic chandelier hung down the open center, illuminating the way. I found it interesting that there were narrow wooden doors just off the stairs that provided just enough room for outside access for window washing and for an incredible view of the grounds.

Throughout the interior of the mansion, the craftsmanship was like nothing I have ever seen. In the main Banquet Room, the ceiling was seven stories in height with an enormous pipe organ at one end and a triple fireplace at the other. The carvings on the rail of the pipe organ loft were beautifully carved and a great representation of the work throughout the house. The Banquet Room also had Flemish Tapestries from the 1500’s hanging on the sidewalls with incredible side seating down the east wall with two throne style chairs, as well as more seating. From the banquet room we went upstairs to view the main bedrooms and sitting rooms. 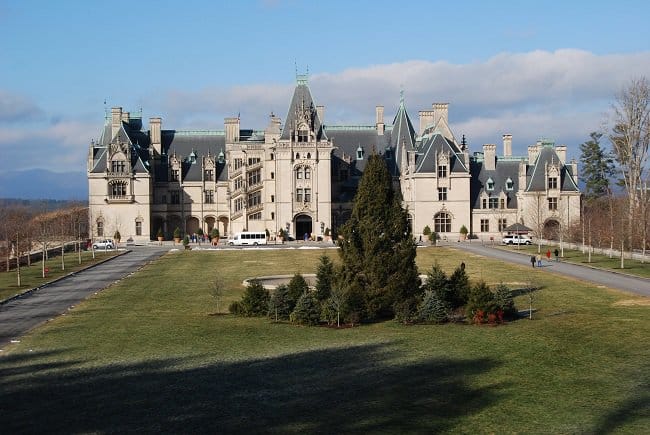 On the second floor, were George’s bedroom and The Oak Sitting Room. The ornate woodcarvings framed the fireplace and around the door, kept my attention for over 40 minutes, focusing on the incredible detail and thoughts behind them. After leaving the Oak Room in a total daze from the awe of the craftsmanship, I found myself in Edith Vanderbilt’s room. The curved door caught my eye right away, such an artistic flare. Another detail that I found interesting was that the hall walls were painted in two colors as a map to direct the guests. Biltmore Terracotta was painted on top and Coffee Brown on the bottom third of the wall below the chair rail.

The third floor of the house was designed as a guest retreat. The Vanderbilt’s hosted a variety of guests from writers, diplomats, artists, to politicians. The furnishings and art in the Living Hall were absolutely beautiful. I imagined being at a party there. For a moment, I thought I could feel the energy of a room full of George and Edith’s friends laughing and having fun playing games and talking about world travel.

From the third floor we took the stairs to the basement. In this portion of the Biltmore House are the kitchens, pantries, storage, and the servant’s quarters. There was also a recreation area with a 70,000 gallon heated indoor pool. The pool area was in a unique setting with a curved ceiling vaulted room of white brick and even had the original underwater lighting. There also was a bowling alley, gymnasium, several guest-changing rooms and even a “Halloween” room. 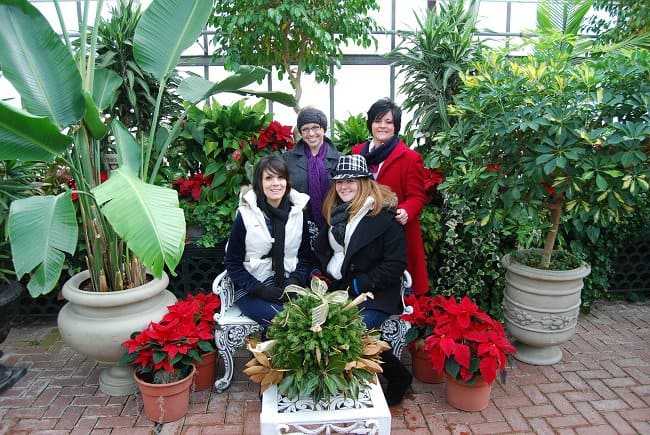 I headed back up to the main floor, wandered through the Tapestry Gallery to the Library. The Library, to me was the most fascinating room in the entire house. Starting with the painted ceiling “The Chariot of Aurora” by Italian artist Giovanni Pellegrini. This painting once graced the ceiling of Pisani Palace in Venice. Napoleon Bonaparte’s chess set and gaming table were also part of the fabulous decor. A very large table had several large magnifying glasses lying on it, just in case the type was too small or maybe it was to get another perspective.

My eyes reached the end of the room and stopped to absorb the woodwork and the many volumes of books and great works of knowledge. The Library is said to house almost half of George’s collection of books. The energy in the room was full of words and the vibration could be felt deeply. I would have loved to been able to sit there for days reading and absorbing the energy of the room. I stayed still for as long as possible in a large group of visitors like myself.

Once leaving the house, we wondered down to the garden area. Even though it was winter, we could only imagine how beautiful it was in the summer time, which I am looking forward to on the next trip. From wondering around the outdoor garden, we went into the green house. 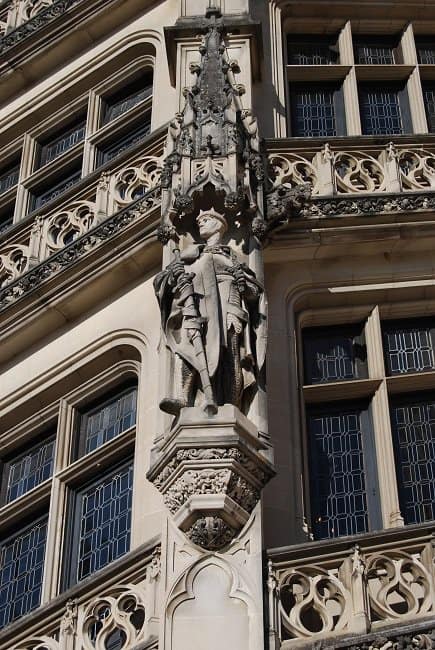 The Green house design is fun and interesting. It was there that the tropical plants, poinsettias, and holiday plants flourished and waited for their next assignment. The arrangements in the green house were very interesting and it was a lot of fun to just wander through.

The Birds of Paradise were great to photograph as well as many other plants. As I was photographing, four very lovely women were setting on and standing around a white metal bench. I found it touching to watch them connect with each other and enjoying the wonderful holiday season.

We walked the trail through the woods to our van, which was very tranquil. I imaged what it must have been like to live there. We traveled to the Village, which is on the estate just a couple miles from the house. The Village includes a variety of shops, a great restaurant and bar, a theatre with an informative documentary on the Biltmore House, and the winery. The best part of the village was the winery.

The tour of the winery was quite interesting and well worth the time. We stopped at the wine tasting room for samples; my favorite was the Biltmore Pinot Noir, with its cherry and vanilla accents.

The winery is housed in the old stone “barn” which used to be the dairy. Back in the days, the dairy supplied milk and butter to the surrounding area. Today the Biltmore Winery is the most visited in the United States with over a million visitors a year. Milk to wine, brilliant concept!

The opening of Biltmore Estate to the public, and the concept of the Winery have kept the Biltmore Dream alive, demonstrating true ingenuity. The winery and the eco-friendly conservation of the land, also shows forward and creative thinking. The Biltmore Estate employs 1800 people. 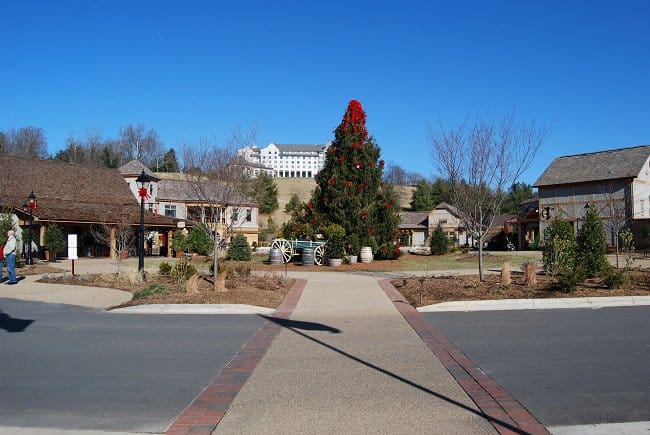 I have only barely touched on the story of the Biltmore House and of George and Edith Biltmore. I believe the visions they held were, what America ought to be seeing now, unlimited opportunities and taking responsibility for ourselves through innovative and desire.

Touring the Biltmore Estate was an experience that made a lifelong impression on my soul. Words cannot describe the feeling and the essence of this land of dreams. I see the Biltmore as a true light of inspiration, passion, and unlimited boundaries, which is still manifesting. I am looking forward to the next visit to bring more of the Vanderbilt’s grandeur and vision, to the world.