I grew up near the heart of rock & roll. Detroit was where Bob Seger, Ted Nugent, Mitch Rider and the Detroit Wheels, Kiss, Grand Funk Railroad, Motown, and many other bands formed.

Rock & Roll is not just about the music, it’s about the heart and soul that brings it to life. Visiting the R&R Hall of Fame was like entering a main vein that flowed right to the root of the cause.

It was a beautiful blue-sky day, with icy cold temps. Sherry and I arrived early and got a great parking spot. We were both amazed that there were so many places of interest in one area, including The Steamship William G. Mather, The Great Lakes Science Center, The International Women’s Air & Space Museum, The Cleveland Brown Stadium, as well as the Rock & Roll Hall of Fame. 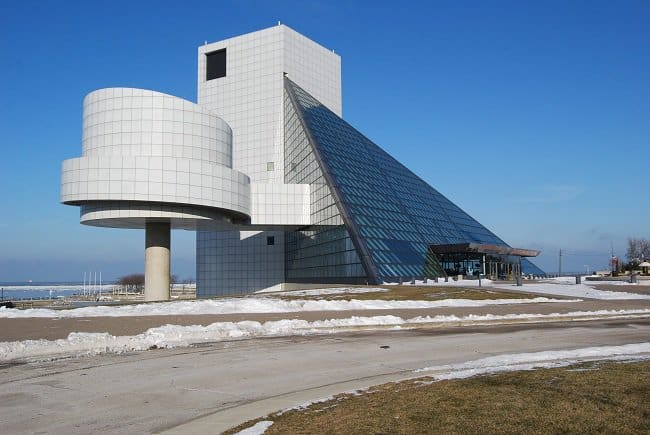 The architectural style of the Rock & Roll Hall was an artistical statement of it’s own, which possibly was a reflection of what it held inside. Music played outside the hall and we recognized the tune right away as Boston’s “Don’t Look Back” which set the mood.

Once inside, the first things that caught my eye were the wild displays of fuzzy, glitzy cars that hung from the ceiling. Oversized crazy looking guitars lined up at the windows and music playing in stereo. More cool rides included Joan Jett’s Jaguar, which was her very first car. The Jag was purchased before she even had her driver’s license and drove it off the lot with just a learner’s permit! ZZ Top’s famous “Eliminator” was parked nearby along with Jon Bon Jovi’s Harley Davidson. 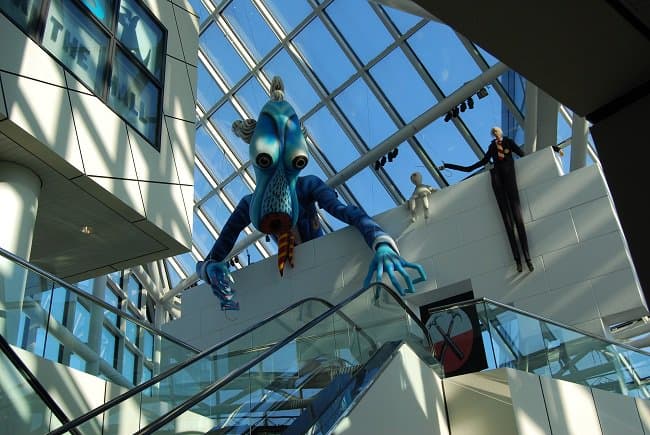 Elvis Presley’s exhibit was quite impressive showing off a beautiful Cadillac that he had owned and had given away as a gift. A TV screen played an early show with him singing to a small audience with the girls screaming with excitement when he flashed that charismatic smile. The Elvis magic was definitely in the room among the displays, music, photographs, and the stories. My personal favorites included the black and white images of Elvis taken by Alfred Wertheimer. Alfred was Elvis’ personal photographer even before “The King” became famous. One image stands out in my mind; it showed Elvis casually sitting in a cafe in New York City, it may have been one of his last photos taken in public without being recognized. Alfred’s photos portray many casual and personal moments of Elvis, capturing a special essence of a great man. 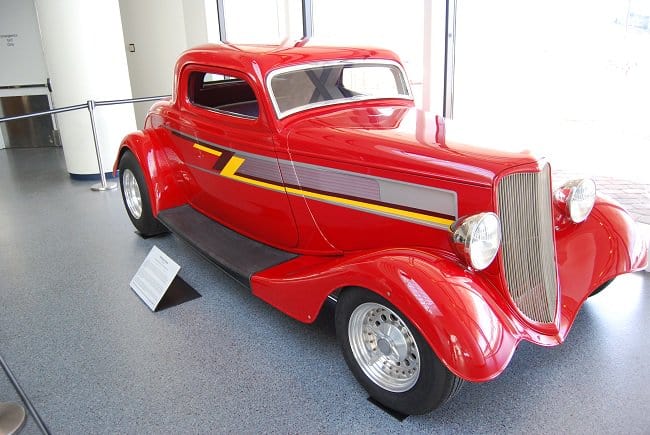 Then I entered the maze of memorabilia. Among the items that stuck in my mind were U2’s first logo, John Lennon’s piano covered with melted candle wax, Jethro Tull’s flute, Michael Jackson’s glove, a Sgt. Pepper’s Uniform, Stevie Nicks gowns, Jimi Hendricks couch and his many album covers, Jim Morrison’s boy scout uniform, James Taylors first guitar, just to name a few. There were lyrics written on note pads, napkins, as well as thank you notes and rejection letters, all these items were just bits and pieces of history. It was quite different seeing some of the famous costumes up close and “empty.”

Sherry was feeling the high energy and I think she realized that rock & roll was not only an expression of words with music but also a complete artistic form of freedom of expression. Here is what she said,

“The Rock & Roll Hall of fame contains art and inspiration of so many different levels! Rock & Roll is not just about the music, it is about justice, freedom, living, loving, peace, expression, passion, people and it’s about every single thing!” She still contemplates Jimi Hendrix’s message, “Are You Experienced.”

Some of the rockers outfits and costumes were truly amazing, some looked better on the stage or screen with the dawning of MTV on the music scene. Music videos definitely changed how music was listened to and watched. Martha Quinn was my favorite VJ and I always enjoyed her shows and Videos of the Day.

Moving beyond the music scene, I grew to appreciate more of John Lennon’s poetry, idealism and artistry as well as with Jimi Hendrix and Jim Morrison. In my opinion, these men were well beyond their time of existing upon this plane. If we would all take the time to “Imagine,” who knows where consciousness would be now. 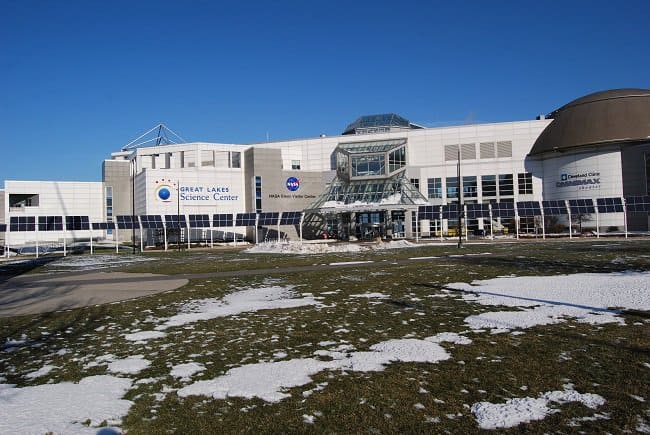 Several floors held priceless treasures, it would take days to read and absorb everything. It was great to take a break and sit in the cafeteria and watch others expressions and listen to other points of view. Overhead was the Pink Floyd display from “The Wall” which was very cool and showed incredible creativity. On the top floor was the Bruce Springsteen the featured exhibit. I found it interesting to see how the “Boss” got his start. I also enjoyed reading his poetry, looking at his collection of guitars and photographs. “From Asbury Park to the Promised Land: The Life and Music of Bruce Springsteen”

The hall of Rock also has theatres where you can watch films of past concerts and documentaries. In the hall of Rock, there are four categories, which give the hall of Rock depth of musicians that have been inducted, as some would say all this in the house Rock Built. If you are ever in Cleveland and you like Rock & Roll, it’s worth the stop!