I must admit when I heard the rumors about Texas joining the Big Ten I thought this is not a remote possibility.

But it is not only T.V. revenue that is at stake here. It is the billions in federal R&D money that may also be a driving force for Texas expansion.

Does anybody know what the CIC is? It is the Committee on Institutional Cooperation.

Here is their directive. 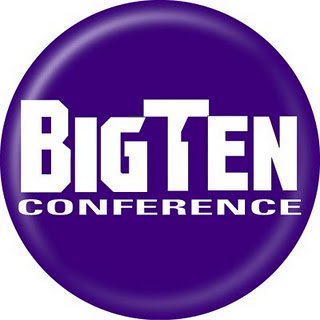 No other higher education consortium can match the CIC’s record for sustained, voluntary, deep levels of collaboration across a group of premier research universities. Collaboration among the member universities is a powerful tool that allows the institutions to build and sustain networks of scholars, enhance teaching and learning opportunities, create efficiencies in administrative processes, accelerate the adoption of best practices in a wide range of areas, and aggregate resources as common goods. While the record of CIC leadership and innovation is unparalleled, there is still much more our universities can accomplish by working together. It is our intent to advance our position as the preeminent research university consortium in the United States.

Mission: To advance academic excellence through collaboration across our member universities.

Vision: To be the national model for effective, voluntary collaboration among top tier research universities.

Who is in the CIC?

Headquartered in the Midwest, the Committee on Institutional Cooperation (CIC) is a consortium of the Big Ten universities plus the University of Chicago. For half a century, these 12 world-class research institutions have advanced their academic missions, generated unique opportunities for students and faculty, and served the common good by sharing expertise, leveraging campus resources, and collaborating on innovative programs. Governed and funded by the Provosts of the member universities, CIC mandates are coordinated by a staff from its Champaign, Illinois headquarters.

What have they accomplished?

Together, CIC universities: Have a 50-year history of collaboration among peer research universities

Engage in $6 billion in funded research each year ($3.2 from federal sources) Reach out to the 66 million citizens living in the 8-state region

Now you’re looking at 12 States represented, all by leading research institutes. But more importantly you now have gone from 16 Senators to 24 Senators who will support the new CIC.

This expansion is more complex than I ever had thought. But what it does show is that the Big Ten is going to be an attractive destination for whoever decides to join. (Not to mention the easier schedule)

This is why we get comments like this from Nebraska’s Tom Osborne.

“We haven’t entered into any formal talks with anybody right now. We’re focusing on the Big 12. But I don’t think that means if somebody wanted to pick up the phone and call us that we’d hang up on them. You listen. But we don’t have any plans to do anything different at this point.” – Nebraska athletic director Tom Osborne, via Husker Extra (Lincoln Journal Star)

The former Representative of Nebraska knows the ramifications of the University joining the CIC.

But if the billions in R&D money wasn’t enough, look at the success of the league in terms of revenue from football alone.

ESPN’s Outside The Lines reported this.

Even though The Big Ten Network is filled with Barbosol and Rotel commercials, it is a Cash Cow, giving more than 10 million dollars a year per team, in football alone. If the Network was to add T.V. markets such as Dallas, Houston, St. Louis, and Kansas City, the sky is the limit.

But the football money is just the cherry on top, compared to the available billions in research money for the prospective institutions.

In my opinion, the next couple of months are going to be very interesting. Look for the PAC 10 to make the first move. If Colorado moves out west, it could lead to an exodus from The Big Twelve, which is a poorly run conference to say the least. I still can’t believe it will happen, but the more I read about it, the more possible it sounds.