He was introduced by Detroit Mayor Dave Bing a fellow Basketball Hall of Fame inductee. The program was at the Max M. Fisher Music Center. The fund raising luncheon was to benefit Detroit area schools through the Adopt-A-Classroom program.

Abdul-Jabbar was genuinely thrilled to address the event. In measured speech he complimented the WSU mentoring process. “Mentoring is an essential part of the educational process,” he said.

With particular grace, Abdul-Jabbar emphasized to the students in the audience, “My best message to you is that, knowledge is power.” He went on to highlight his student-athlete days at UCLA. “Coach John Wooden expected us to be good students.”

Abdul-Jabbar is considered by many to be one of the greatest basketball players of all time. He stressed humbly that his celebrity is a tool to reach present day students.

The six time NBA Championship winner had a career of 20 professional seasons. The NCAA has named him one of the top 100 scholar-athletes of the century.

ESPN called him the “Greatest Collegiate Player of the 20th Century” and Time Magazine pronounced him “History’s Greatest Player.”

His New York Times best seller, “On the Shoulders of Giants,” is in final production as a documentary film to be released in theaters nationwide on February, 24, 2011. As a sports historian, Abdul-Jabbar chronicled the history of the Harlem Rens of the 1930’s and their great basketball success. During the 1932-33 regular season, the Rens compiled a record of 120-8. During that season, the Rens won 88 consecutive games.www.theskyhookfoundation.com

He reminded everyone that February is Black History Month. “Black people and other folks of color helped make this nation,” he said. The encouragement to strive for excellence was peppered throughout his presentation. He also stressed inclusion. 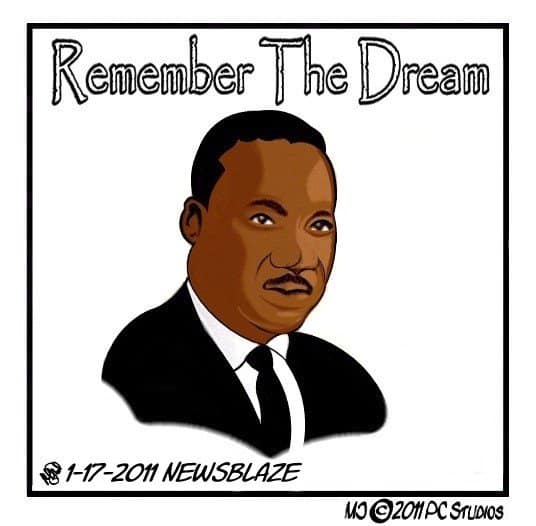 “Dr. King had a big impact on me between my sophomore and junior collegiate seasons. I learned to honor those that came before me. I saw what Black-Americans did to strive for basic rights. The rights guaranteed by the United States Constitution. What Martin Luther King Jr. did, changed America permanently and for the better,” said Abdul-Jabbar.

Students from the InsideOut Poets did recitations and choral groups from the Detroit High School of Arts and the Detroit Academy of the Arts and Sciences performed.

In 2010 Abdul-Jabbar founded the ‘Skyhook Foundation’, a nonprofit that mentors aspiring youths by combining sports and education programs.