DETROIT- Paul Winters the very successful football coach at Wayne State has made a major commitment to Detroit. It was announced that he is forgoing the offers from his alma mater, the University of Akron and will sign a five year deal to stay at Wayne State.

After just competing in the NCAA D-II National Championship and finishing with Wayne’s best ever season of 12 wins, Winters made the choice to stay in Detroit.

Tom Wistrcill of the University of Akron was in Detroit Sunday. Today the Akron Department of Athletics said they would have a statement later in the week but had no comment at this time regarding their search for a new head coach. 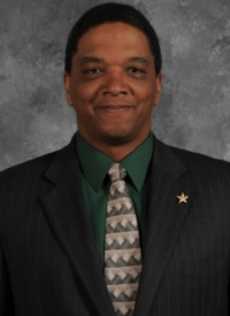 Winters now finishing his eighth year at WSU has been 36-14 over the past four seasons. He was named GLIAC Coach-of-the-Year in 2006 and 2008. The Warriors had nine wins in 2010 including eight conference victories.

Director of Athletics Rob Fournier at WSU said, “We are ecstatic that he decided to stay. This is an early Christmas gift for us.”

Alan Gilmour the President of Wayne State issued a written statement, “I am pleased to report that head football coach Paul Winters has decided to remain at the helm of the Wayne State Warriors. In signing an extension of his contract, Coach Winters has withdrawn his name from consideration for the position of head coach at the NCAA Division I University of Akron, where he played football himself.”