During a press briefing on Air Force One in California, Earnest, the ultimate spin doctor for the president, had the question presented directly by one the reporters:

Reporter: Josh, does the President feel comfortable living in an America where Donald Trump is President?

Earnest: Well, I think he alluded to this in his remarks over the last couple of days, indicating that despite the significant differences that he had with his opponents in 2008 and 2012, he had confidence that despite those vigorous disagreements, that those, that both Senator McCain and Governor Romney would at least pursue the country’s best interests as they saw it. He doesn’t have that same kind of confidence about the current Republican nominee. And I think he’s spoken to that in more colorful detail than I just did.

Reporter: So he wouldn’t move to Canada or New Zealand if Donald Trump is elected?

Earnest: He’s working very hard to make sure that nobody has to move, has to leave the country as a result of an electoral outcome that the President doesn’t support.

That was what they call an open-ended answer. Will this grow the size of Trump’s support? 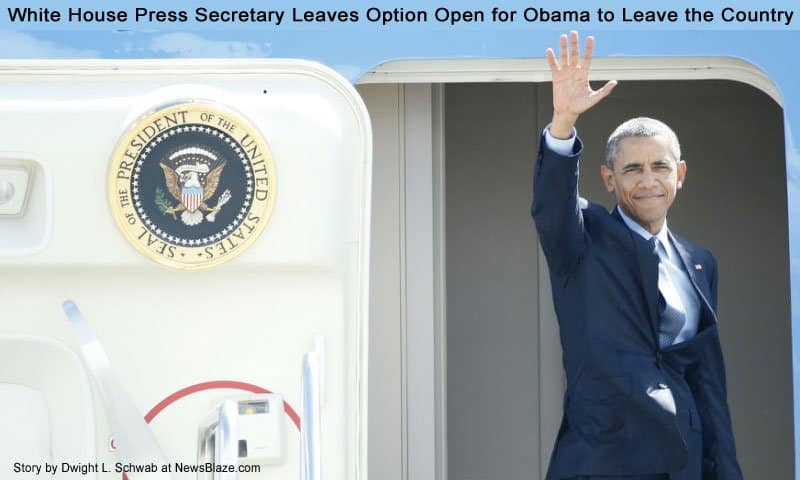