The Democrats and their powerful far left arm of the party are not happy with President Donald Trump’s rising appeal. In the latest Quinnipiac University National Poll, Trump hit a one-year high of 41 percent. The midterm elections are coming up.

The stunning results come after a steady rise the last six months. As of April 10:

The last time Trump’s approval rating topped 40 percent was in the poll released March 7, 2017. When asked to rate Trump on issues: 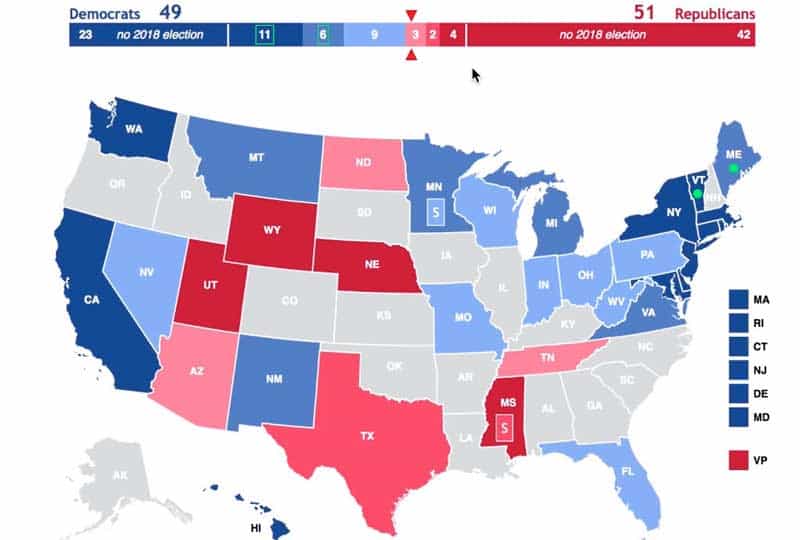 Quinnipiac University surveyed 1,181 registered voters nationwide from April 6-9, with a margin of error of +/- 3.4 percentage points.

The polling results are unwelcome news to the Democratic Party that was hoping for big gains in the November midterm elections. However, it now appears the Republicans will take between three to eight new Senate seats to add to their 51-49 majority at present.

In the House, Democrats were looking for as many as 40 new seats. But generic polls in late March indicate they have only a five point lead overall in House races across the nation.

Should Trump and the Republicans continue to gain in approval ratings, it could spell disastrous results for the Democrats. Traditionally, the party out of power in off-year elections gains seats. It appears this year that the Democrats will be lucky to lose only three Senate seats and possibly gain 15 in the House.