Mayor Libby Schaaf of Oakland should be plenty worried about President Trump’s announcement on Tuesday. He told law enforcement that “sanctuary cities are dangerous and we’re going to take care of the problem.” Time is running out for the politically correct on sanctuary cities.


Had that been just some ordinary man occupying the White House, it would have created a big yawn. The cameras on and it is time to deliver the tough guy speech, right?

Libby and her brethren should take this man at his word. In just over 14 months in office, he is getting a reputation for keeping his promises. This man means what he says and it is a certainty he will continue a crackdown on sanctuary cities.

That means jurisdictions that refuse to cooperate with federal immigration officials. And that would be you Libby. The president is well aware your state has already sued the administration over laws that Attorney General Sessions said keep federal authorities from enforcing immigration laws. 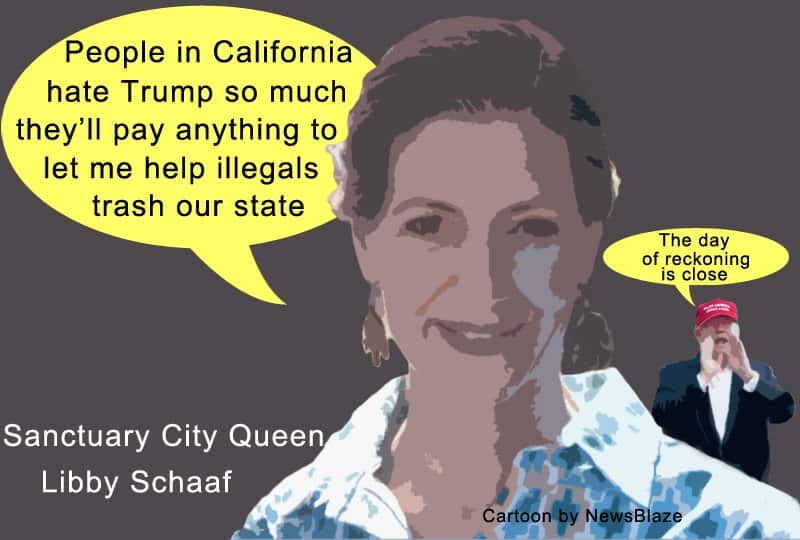 It is impractical to think you will engage with the federal government that has unlimited resources to beat you at your own game to attract votes. Long after the cheering dies down from the small group that supports your illegal activities, Sessions will be there like the giant elephant in the room.

Sessions has already called for defunding sanctuary cities. Trump understated Schaaf’s future by saying, “the level of strength of the Justice Department and other agencies has been phenomenal.”

That should read as a warning sign to all mayors and the governor of C0lifornia that the feds are gearing up for you. If the words of Trump and Sessions are not enough, Homeland Security Secretary Kirstjen Nielsen said sanctuary cities have become “sanctuaries for criminals.”

Trump left the roundtable with these ominous words for you Libby; “It’s called law and order and safety and we’re going to have it in our cities,” he said. “We’re making a lot of progress. We’re trying to move at a faster clip, but we’re making progress.”

That translates to the billionaire real estate mogul telling the politically correct left, “Time is up.” Now they will see what the full force of the federal government can do to stop you and your thoroughly illegal activities in the name of “progressivism.”