How the mighty have fallen with President-elect and billionaire real estate mogul Donald J. Trump. Washington and the world is beginning to see what makes the successful businessman tick and how important loyalty is to him.

Take the sad case of the once embraced New Jersey Governor Chris Christie. After dropping out of the Republican presidential primaries with his poor showing in New Hampshire, he became the first important political figure to endorse Donald Trump for president. Christie was an all but certainly on the fast track to further glory in a Trump administration.

Now, less than a year later, Trump has won the election and almost completed his cabinet appointments and other White House positions. Not one word about the former poster child for a Trump presidency. What went wrong, and why is Christie now considered yesterday’s news in Trump’s inner circle? 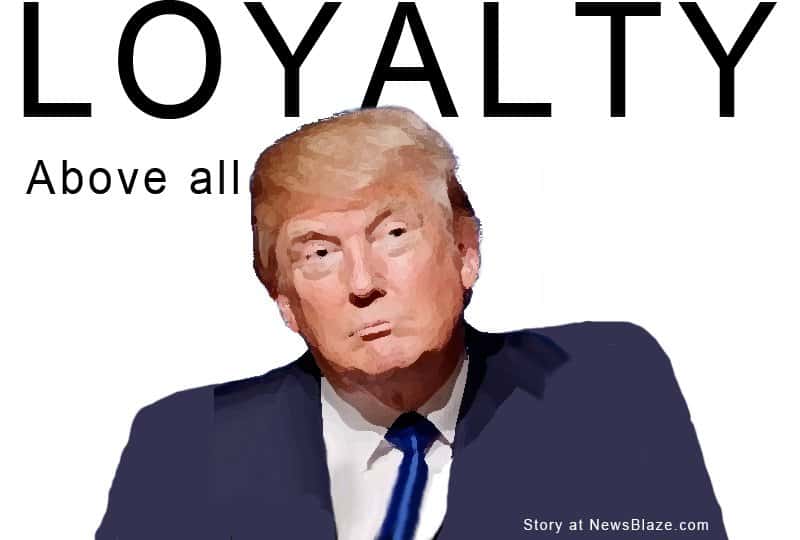 Christie’s fall from grace started long before Trump was even a whisper for the 2016 presidential nomination. It began in August, 2012 at the Republican National Convention in Tampa, FL. The rising star from New Jersey was personally selected by Republican presidential nominee Mitt Romney to deliver the all-important keynote address. With all eyes on the New Jersey governor, he delivered a speech that centered on his own life and accomplishments rather than the nominee he was endorsing.

To make matters worse, he weakly campaigned for Romney during the fall campaign and will be forever remembered among embittered Republicans as the man who walked the beaches of New Jersey arm and arm with the incumbent president Romney was opposing a week before the election. Christie later explained it had everything to do with getting federal funds for Hurricane Sandy and nothing else.

The political damage was done. No loyal Republican would soon forget what many perceived as the defining moment that Romney lost the election to Barack Obama. It only got worse from there for Chris Christie, the man out for himself. Everyone knew it.

Now fast forward to the Trump campaign at its lowest point in mid-September where Christie was nowhere to be found. Christie, the political opportunist, had clearly distanced himself from a candidate he smelled failure all over. He even missed the second debate Trump had with Hillary Clinton and it did not go unseen by the man who demands loyalty over anything else.

But there was the demure governor hogging for photo ops on the victory platform the night Trump won the election. One could see at the time how uncomfortable Christie appeared in the crowd of loyal supporters Trump singled out by name one after another. The one name that did not pass the newly elected Trump’s lips was Governor Chris Christie.

Matters got worse from there for the publicity-seeking Christie. Shortly after the election, according to The New York Times, he found Trump distancing himself from Christie’s Bridgegate controversy where his two top staff members were convicted in the scandal and could receive 20-years in a federal prison for fraud, conspiracy and depriving the residents of Fort Lee, N.J., of their civil rights.

Sources that asked for anonymity said the sight of Christie’s chief of staff, the mother of small children, walking down the steps of the courthouse crying, angered Trump. He felt she was the fall guy for Christie’s obvious guilt. In other words, Christie was not loyal to his close associates.

The final chapter of Christie’s political status and fall from grace came Thursday with the announcement that he is no longer a candidate to be the next Republican National Committee chairman, The New York Times reported. Since being overlooked for the cabinet position of attorney general, Christie had his eye on the RNC job. He had an interest in replacing Reince Priebus who is going to be President-elect Donald Trump’s White House chief of staff.

Christie had already been demoted from leading Trump’s transition team this fall, a role that was reassigned to Vice President-elect Mike Pence. The downfall was complete. The New Jersey governor once thought to be the next president of the United States by many is now considered a blacklisted politician by the incoming Trump administration.

Chris Christie has found out the hard way that crossing Donald Trump is a death sentence in his world. The president-elect has made it abundantly clear with his appointments to the highest jobs in the federal government that unquestioned loyalty is the operative phrase in his White House starting January 20th, 2017.