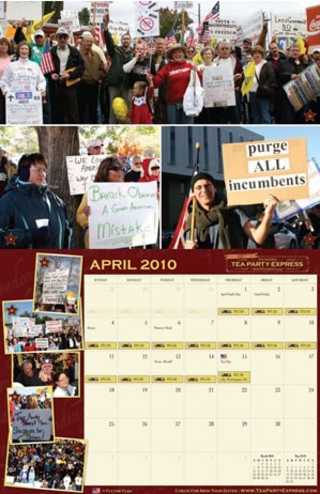 Sal Russo, Tea Party Express Strategist, knew he had to do something after he heard Rick Santelli on the CNBC business network call for a tea party to protest the Obama bailout bill.

“I knew it was time to get organized and fight against a President who was determined to take care of the big corporations and his liberal friends instead of mainstream Americans who do the productive and volunteer work that makes our country so great,” Russo says.

Russo started in politics working as a Special Assistant to Ronald Reagan, and has since spent over 30 years in political consulting and public affairs, including as a senior advisor to several Republican presidential campaigns.

The “Our Country Deserves Better” political action committee, where Russo serves as Chief Strategist, started the “Tea Party Express” to get Americans involved in protesting the growth of federal government, which is intruding further into their lives.

Russo says the goals of the Tea Party Express are “straight-forward and consistent with the aims of a majority of Americans.”

Two national Tea Party Express bus tours were planned and successfully completed in 2009, and a huge rally in Washington DC had over a million people participating. Russo says two more tours are planned in 2010 – the first one begins in Searchlight, Nevada, March 27th. The aim is to travel across country to Washington, DC for another big protest rally on April 15th Tax Day.

“One of the great things about these tours is getting to meet so many wonderful Americans who share our concern over the direction of our country. People have turned out by the thousands, many with hand-made signs.”

Russo says the hand-made signs sparked an idea to let people who couldn’t join the tour rallies, see the participants and signs displayed at the events. Over 100 color photographs from rally locations on the Tea Party Express II tour, are displayed in the group’s 2010 calendar.

Recalling Ronald Reagan’s “shining city on a hill,” quote, Russo says he wants to see Americans “Just Vote Them Out!” and that is why he says the next two Tea Party Express tours are very important.

“I hope I see you along the route this year because Election Day 2010 will be a critical date in our nation’s history. We have to return our country to the principles and policies that made us ‘the shining city on a hill,’ as my old boss Ronald Reagan used to say.”