While Republicans and Democrats continue to launch their political salvos at each other, something far more sinister is brewing within the country’s social infrastructure. Both Social Security and Medicare are going broke and it’s no joke.

Medicare will run out of money sooner than expected, and Social Security’s financial problems can’t be ignored either. Someone in this government has to step up and make hard choices or the calamity of these major systems collapsing is catastrophic.

This is a sobering test for the continuing relevance of the middle class in the U.S. The report from program trustees says clearly that Medicare will become “insolvent” by the year 2026. The report went on to say that Social Security will become insolvent in 2034.

The report came at a time when Washington is in the deepest partisan strife in memory. The deterioration of Medicare’s finances comes as the president prepares his next budget for Congress. Any attempts by Republicans to make the hard choices will be met with a slew of anger and retribution on the left.

Treasury Secretary Steven Mnuchin understands things must change soon. He said, “However, certain long-term issues persist. Lack-luster economic growth in previous years, coupled with an aging population, has contributed to the projected shortages for both Social Security and Medicare.”

Those are words the opposition party does not want to admit. Therefore, the American people may be held hostage in a game of public relations, or who screwed up Medicare and Social Security. The proper answer is both parties over many years. 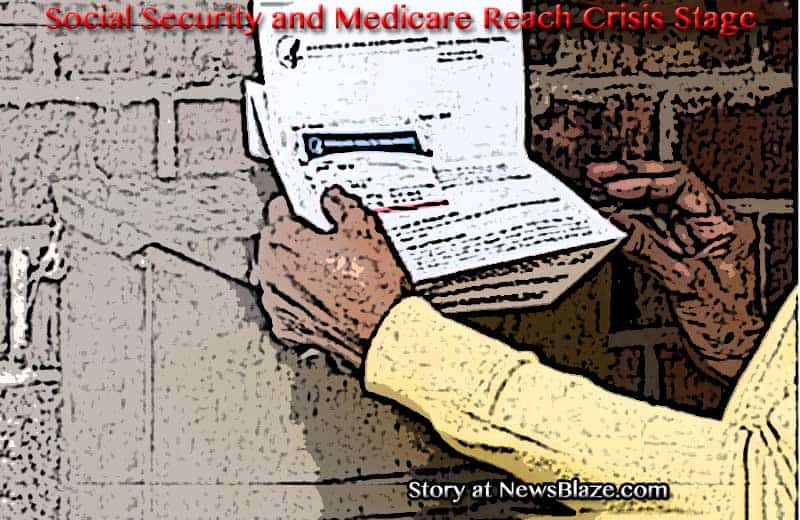 For the time being, Social Security recipients are likely to see a cost of living increase of about 2.4 percent next year. That works out to about $31 a month. The monthly “Plan B” premium for outpatient care paid by most beneficiaries is projected to rise by about $1.50, to $135.50.

Lawmakers of both parties must act together. This is a bipartisan crisis. The report said the total annual cost of Social Security is projected to exceed total annual income in 2018 for the first time since the Reagan era, meaning the program will have to tap into reserves.

President Donald Trump campaigned on a promise not to cut Social Security or Medicare. That is not unusual as many of his predecessors did the same. But he hasn’t provided a plan on how to do that yet.

There is no question that the new tax law cutting taxes on Social Security benefits will not help the acceleration of the problem. The repeal of the individual mandate in so-called Obamacare will be noteworthy also. This will increase the number of people without health insurance and therefore Medicare payments for uncompensated medical care.

The day of reckoning is finally arriving for Social Security and Medicare. It may be lucky that a businessman, rather than a politician, is in the White House at this time. Trump needs to gather his team of business people to reach a fiscal plan that works for all Americans involved before it is too late.