Is it likely Obama will run the table on the battleground states? As of today, November 1st, I sense this is correct. While I’m no Nate Silver, I’ll briefly state why I think this is true, staying general and writing from my heart. Intuition tells me Romney made a huge mistake in running those misleading Chrysler/Jeep ads in Toledo, which moved the polls in Obama’s direction. Mitt got caught in some cross-currents that blows him out to sea! A Perfect Political Storm, that predicates He’s A Loser!

Then yesterday, Mitt blows it again in Dayton, Ohio, with that Plastic Storm Relief Rally, where his aids picked up 5 grand worth of Mock Charity Relief goods at the Leviathan Wal-Mart and handed them out to reluctant Republican participants, who got caught up in a clumsy photo op and looked most awkward (with Mitt, who doesn’t really want to give anymore welfare [which looks like food stamps] to Sandy victims).

The reason why Barack will run the table is that in other battleground states, people see the mockery and hypocrisies of Romney in Ohio and they morph to Blue Territory. That’s a simple way of putting it, but this is the skeleton of my theory as to why Obama will run the table. The rest of the analysis is the creme filling in the fattening Crispy Creme Donut of political savvy. Really, it’s Mitt shooting himself in the foot in Ohio that predicts the outcome of this crucial election. I think you’d have to go back to Nixon, to see something as sleazy as what Romney is doing with these Chrysler/Jeep ads in Ohio.

Obama will take North Carolina’s 15 electoral votes. Why? He’s tied now, and the ground game in NC is second to none. And then there’s (what I call) the Ohio/Sandy Effect, which spreads like wildfire. Early voting in NC puts Obama ahead, even before the game really begins, and turn out on Tuesday will be heavy, I predict. As hard as it is to believe, Obama is moving ahead in Florida! Early voting is heavy in Florida, as I can tell from news footage, and will continue to be so on Election Day. Construction is coming back, and this bodes well for Barack also. Blue Minutemen work around the clock in Florida to bring home the bacon!

New Hampshire will run light blue. No early voting, but it’s close enough to the devastation of Sandy, that the sympathy factor (of seeing government strongly support in a time of crisis) will push the needle in a Blue direction. *(read the LA Times piece on NH, for detailed analysis). What about Michigan and Wisconsin? Romney has been making some ground in these two states recently, but the Ohio fallout (the auto ad glitch) will saturate these two states with dark blue pigment (these are oil paints to boot, not watercolors).

Has Romney changed his position on FEMA in midstream (for the umpteenth million time)? Yea, but like The Boy Who Cried Wolf, no one will believe him this time around! So what about Nevada and Colorado? Well, these two Western States have heavy Latino populations, so they will both go Blue, although Colorado is more reluctant to do so. Once again, the Obama ground game is a Spartan-Like Efficient Military Machine there, and voter turnout will win the day in Co; she will wax brightly lightly baby blue!

Iowa is breaking blue faster now! Virginia is reluctant to do so, but I’ll opine, women in Northern Virginia will crack the crimson icicles, as Ryan’s views on abortion are Medieval and extremely extreme. Obama will win by a narrow margin, even in Virginia. Moreover, in Texas (my state), I predict, Obama will do much better than has been predicted. We have an unpopular governor here, who made a fool of himself when running for president in the primary. Get it?

Yea, Obama will run the table for battleground states, mainly, because people can see what an empty person Romney is. It doesn’t help, Mitt shops at Wal-Mart; WM doesn’t care about their employees, Mitt doesn’t care about poor people or hurricane victims. WM and MR are mirrors of one another; yet it’s trick mirrors! *(Don’t it make you want to go home! – Joe South) 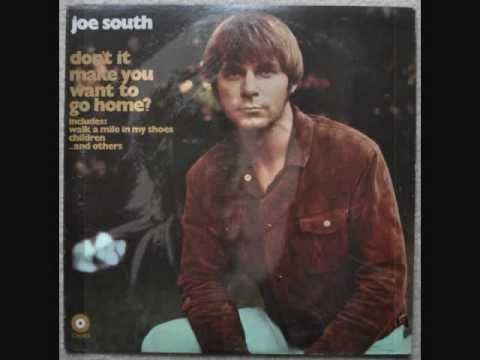