There is more proof, as though any sane person needed it, that the left-leaning news media colludes with the Democratic Party. The latest example is Dafna Linzer, the managing editor for political coverage at NBC News and MSNBC.

She stands accused by a liberal journalist of attempting to bully him into not printing a story about the dates of the first Democratic primary debates. They are to be aired on NBC, MSNBC, and Telemundo. The Washington Times reported the story.

The writer in question was asked to delay publishing his story so the DNC could notify state Democratic Party leaders. He said no, unwilling to lose his scoop.

Two minutes later, Linzer called the writer. She wanted him to delay the story. The request was refused. She was not advocating for her network, but rather the wishes of the DNC. Linzer insisted their conversation be “off the record.” That too was refused. 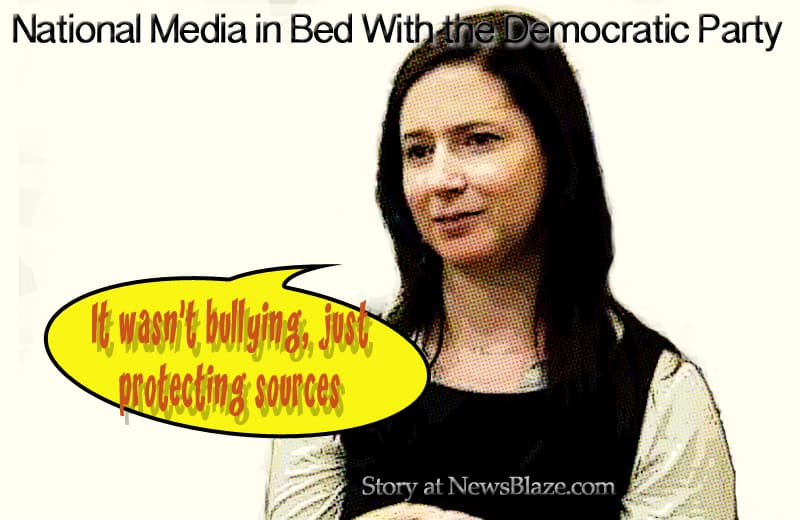 Naturally, NBC News made no formal response. The plain truth is the writer was bullied by an NBC editor. The line between journalist and political partisan is thin indeed. You can see that nightly on CNN and MSNBC where supposed “journalists” like Rachael Maddow and Don Lemon label themselves that way.

But the truth is they are commentators of the left, and anyone with an open mind can see that. Unlike Fox where the distinction between real news and momentary is firmly spelled out, the networks and CNN/MSNBC refuse to admit the difference.

It may explain why Fox regularly trounces its cable “news” competitors in the ratings. More Americans are waking up to the stark reality that these people are trying to persuade your thinking, not present the facts.