House Minority Leader Nancy Pelosi (D-CA) is heading down the road of obscurity. Her overwhelming presence in the Democratic Party is beginning to wane faster than her disingenuous smile.

Her deftness at controlling events swirling around her as a former political maestro have gown old, tired and out-of-date. All factions of her so-called caucus are beginning a louder and more public revolt as the numbers for Donald Trump soar to record highs.

Her losing message concerning her pet project; “the dreamers,” is not resonating since common Americans tired of the illegal alien problem. Pelosi spoke on the House floor for over eight hours trying to build support for so-called dreamers.

Dreamers are undocumented immigrants who were brought to the U.S. as children. Democrats have created an aura concerning them that portrays their plight as endangered refugees of WWII. That is hardly the case here and more Americans have come to realize that.

What Pelosi is actually attempting to do is build her Democratic base of voters from poor Latinos, mostly uneducated and not skilled in the English language. She is attempting to create a portrait of her party as their “saviors” from evil Republicans.

Her caucus is even confused at what she hopes to accomplish. They are reading the polls and the political environment is turning increasingly towoards a conservative viewpoint on the illegals question. 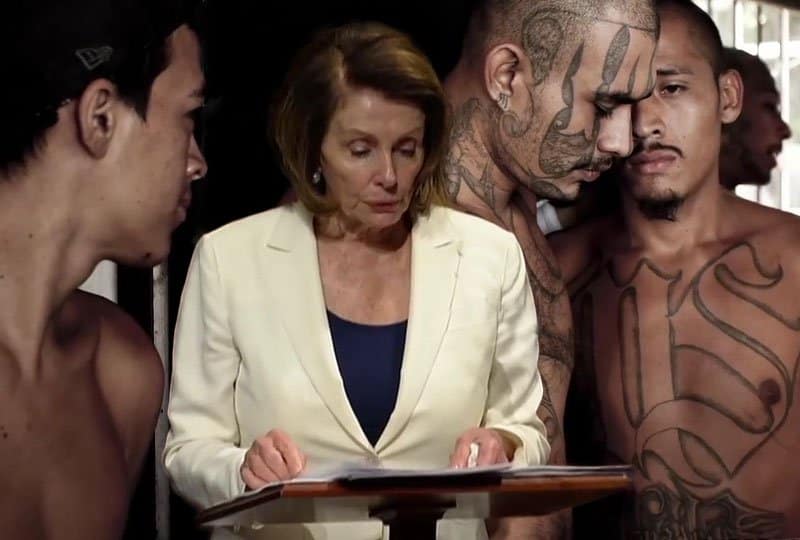 But this is Pelosi’s personal political fight. The dreamers face a March deadline on their legal residency in the country. Pelosi is adamant about her solution to the problem, but no one within her party actually knows what it is, or even if a solution exists. Faced with this legislative quandary, Pelosi has attempted to craft something of a third way. She told reporters she was not pushing her members one way or the other on the budget deal, only explaining to lawmakers why she personally was voting against it.

Usual Pelosi allies feel little pressure to stick with her leadership. They fear she is sticking with an agenda that grows more unpopular by the day with no political ideas aside from the illegals problem in sight. The 24/7 Democratic mantra of “hate Trump all the time” is not working in recent polls.

Pelosi is a far-left liberal from the most liberal city in the country; San Francisco. Her views do not blend with most of the House members. As midterm elections approach, she will become more of a target for Republican ads to ordinary Americans far removed from her “progressive” politics.

The American people got a taste of Pelosi’s “no prisoners” approach at Trump’s State of the Union address. The camera would swing from Trump extolling the African-American unemployment decline to frowning members of her caucus. Issue after issue outlining success in the U.S. economy and triumph overseas produced nothing but blank stares from the Democrats.

Millions of viewers across the nation couldn’t help wonder if politics was more important to the Democrats than the future of their country. Nancy wants to shut down the government for the dreamers? She is like the leader that screams, “Follow me men,” and no one is behind her.

It appears the revolution that Pelosi envisioned has fizzled. Now Democrats are more interested in saving their own political skins in November than Pelosi drawing rave reviews with her minions in liberal San Francisco.