By reading most of America’s liberal newspapers and watching network or most cable news, you’d think President Trump is an abject failure. The “mainstream” media resolutely refuses to provide the real facts about the state of this country.

When was the last time we saw a continuous quarterly GDP over three percent, unemployment at record lows, minorities getting more jobs in history and women as well? You won’t get this sort of information from The New York Times or MSLSD.

The main thrust of the media’s hatred of Trump is that he won. He beat their candidate Hillary Clinton and now they strive to delegitimize his presidency. From a two-year propped-up hoax concerning Russian collusion and obstruction of justice to the everyday diatribe of one thing or another; hoping it will stick.

Anybody sick of playing the fool for the far-left media? So what is new from their side of the fence other than bashing Trump 24/7? The answer is nothing at all.

Now the new Hillary Clinton has entered the Democratic presidential race. Old, worn-out Joe Biden, the consummate hack politician who has been seemingly around since Abe Lincoln. 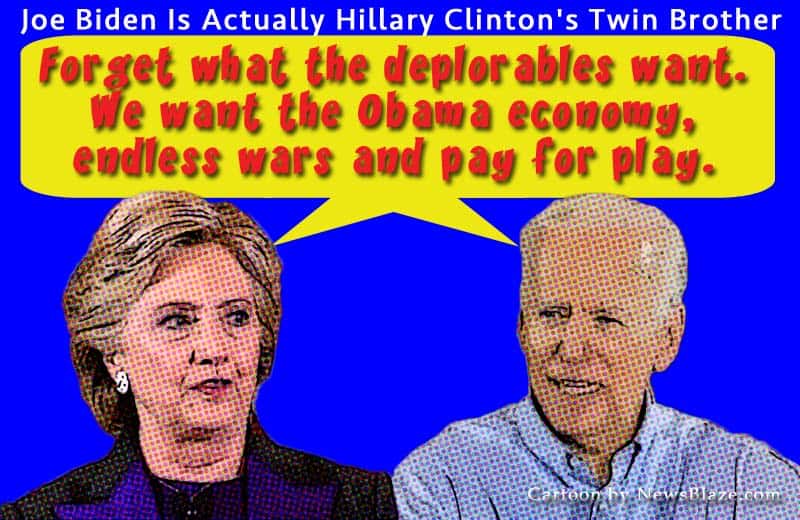 Joe tells us, “America’s coming back like we used to be,” the former vice-president told reporters in Delaware on Thursday, shortly after he released a video officially announcing his 2020 campaign. “Ethical, straight, telling the truth. All those good things.”

He is right, but what he said is not meant to be high praise for the economy we have today or the relatively peaceful world under Donald Trump. No, Joe, Obama’s former vice president for eight years, wants a return to the good old days of Barack Obama, a terrible economy, a prolonged recession and no quarter in eight years of a GDP over three percent; the first president in history to ‘accomplish’ that.

Obviously, his quote was not to celebrate Trump’s amazing two years in office, but then again, Joe is king of gaffes. You come to expect it.

This is the beginning of Biden revising history. Get used to it. He will promise us the moon and turn back the clock to those ‘happy times’ under Obama. What? He says, “If we give Donald Trump eight years in the White House, I believe he will forever and fundamentally alter the character of this nation.”

Huh? What did he say? He calls Trump a morally bankrupt racist. That is one of the left’s favorite buzzwords that ignite the hysterical morons. The strategy has been tried many times, tested and proved an abysmal failure by Hillary Clinton. Remember “a basket of deplorables?”

So why will Joe fail miserably aside from a political party that considers him a dinosaur? Remember the Clinton campaign failed largely due to constant criticism of Trump. There were no real ideas nor policy discussion. No, just Trump sucks 24/7.

Biden isn’t offering progressive policies like Bernie Sanders or Elizabeth Warren. Yes, he is supposedly the only centrist of around 21 Democratic presidential hopefuls, but he is trying to be like the rest of them and see how far left he can go. That’s not Joe.

Joe is simply another version of Hillary. How many times can we be told he is the only hope to beat Trump? If there is one slight chance of beating Trump, he probably is, but that will never, ever happen. Yet he will tell us it will this time.

For the main reasons Joe is cooked, refer to the beginning of this column again and review what he is running against. Then turn on some sports or a cooking show. This election is pretty much over in late April, 2019.