Canada is going to the polls in a federal election next week. Voting day is October 14th, and Canadians will trudge to the polls to see if we will elect yet another minority government. Unlike America, where the politicians seem to be campaigning forEVER, our election campaign officially lasts only six weeks. A short period, that only feels like forever.

We had an English language debate a while back, (Canada is officially bilingual, and a French debate was held days earlier,) and if you missed it, no need to worry. It was televised, by CBC of course, on the same night as the Palin/Biden debate aired south of the border. 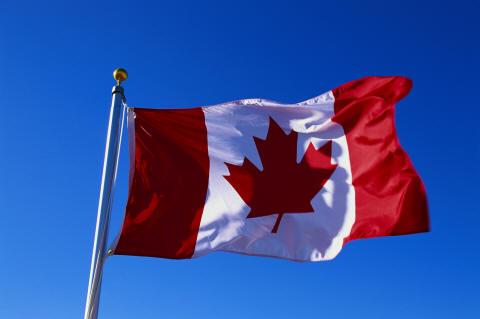 BIG decision – NOT! I did listen to both (kinda sorta) and was reminded, in the Canadian version, of schoolyard bullies, all yelling over each other. I have no idea who the moderator was, but he certainly didn’t insist on the Roberts Rules of debate. I couldn’t tell you what the moderator’s biases were, since I couldn’t hear much of anything over the rabble of cacophony that was billed as “debate.” I have seen more respectful debates in a schoolyard. However, you may well ask who was doing the most yelling/bullying? This man:

The cutline on that picture is mine, but it IS what Layton has been introduced as at many rallies across Canada. Dream on, Jack! At dissolution of parliament, the New Democratic Party held a total of 30 seats out of a possible 308 seats. The New Democratic Party hasn’t a hope of forming the next government, no matter how they spin the numbers. They will not be gaining the majority of seats in this election, even in spite of the constant emails I receive, and rah rah rah speeches – ad nauseum – they make across the country.

I am one of Jack Layton’s “imaginary friends.” Every other day I get another email from him, spouting the party line – and oh yes, encouraging me to donate. Not gonna happen, Jack. As one astute commentator pointed out recently, Jack Layton and his party can promise the moon AND the stars (which does cost gazillion dollars when you tote up all his campaign promises…lol) but on one issue alone, he will never get my vote.

That issue? Jack Layton has said that when he is elected Prime Minister of Canada, he will “bring our troops home now.” Never mind that Canada has committed to staying in Afghanistan until 2011 – at least. Never mind that he – and many like him – obviously have NO clue what our troops are doing there. I am so tired of hearing the old line about “but Canada is a nation of peacekeepers.” Or “we got dragged into this war by the (nasty) Americans. This is Bush’s war.” Blah blah blaaaaaaah. Layton is not alone in his “bring the troops home now” rhetoric. What he seems to overlook, apart from the tired old lines, is that Canada committed to Afghanistan when a Liberal government was in power. And yes, it was voted on by all parliamentarians.

In parliament these days, it seems to be the flavour du jour to “bring the troops home now,” no matter that the majority of our Gold Star families have dedicated themselves to the mission which their loved ones died for; never mind that the Afghanistan government invited us there; and overlooking that a CBC poll conducted in Afghanistan last year, showed overwhelmingly that the Afghan people wanted us there. Oh, and lest we forget, there has to BE peace before we can KEEP the peace.

Never let the facts get in the way of a good story, Jack! Fact is: in Afghanistan, there will be NO peace-making or keeping while the Taliban is determined to fight against any fledgling democracy. The Taliban doesn’t WANT schools built, for boys OR girls. The thugs that roam the mountains do not want decent roadways built, so that Afghanis can conduct trade. The murderers (who are responsible for the majority of civilian deaths in their country, by the way) don’t care that the civilians now have access to clean, running water, or decent medical care, all courtesy of international non-governmental agencies, of which Canada is a part.

The media will tell you that the majority of Canadians do not support the current war in Afghanistan. What the media omits to tell you is that this is because the majority of Canadians also do not understand WHY we are there, or WHAT we are doing there. Canadians that I know are decent people, who do believe in peace for all nations. And yes, so do all our troops believe in peace. Kind of hard to keep any peace, when people are trying to kill you as you work on reconstruction of a country, and empowering the natives. It is my belief that if Canadians really understood what we are doing there they WOULD get behind our troops. As a friend of mine said on a forum to me recently: Peace through superior firepower. And that IS Afghanistan. Ask any soldier who has fought for peace for the Afghani people. Listen to what they say. Then tell me, “Bring our troops home now.”

So, Jack, you can quit sending me emails. I don’t WANT to join the “New Democratic wave” as today’s email invited me. Really I don’t. And ummmmm, I just noticed. Today’s email addressed to “My friend,” tells me:

Jack, any politician who shows so little respect, both for his fellow debaters and ‘ordinary’ Canadians like me, won’t get one cent from me. I have asked you, repeatedly and privately, to quit emailing me. I have told you – often – to remove me from your special “friends” list. I even wrote respectfully to you in one of Canada’s official languages, (English) to cease with the pollution of my inbox. Stop it – NOW!

As an American friend of mine recently taught me the expression: YOU “don’t know Jack!” your ignorance proves to me that unequivocally. So, sorry Jack (well, not really…lol) but you don’t get my vote.