There are few Americans who know about the Open Society Foundation. It would be in their best interest to educate themselves.

George Soros, the billionaire hedge-fund manager who is a major contributor to liberal and Democratic causes, along with more questionable far left-wing groups, turned over nearly $18 billion to the mysterious non-profit group he started.

Open Society is among the top philanthropic organizations in terms of actual cash. It is just behind the Bill and Melinda Gates Foundation, according to The Wall Street Journal. Most Americans have never heard of it and should shudder.

The 87-year-old founder dominates “the charity” with his handpicked investment committee. The hedge fund billionaire won’t be trading this Open Society in soon. He bet wrongly last year that Donald Trump would lose the election. That put a huge dent on the influence he had with candidate Hillary Clinton and mass amounts of cash he poured into her failed campaign.

Soros’ group has supported left-leaning causes, including activists associated with Black Lives Matter, which protests alleged police brutality. Many consider the group to be nothing short of black-hooded terrorists. Their mission is anything but elevating the lives of black Americans.

Conservatives have long blamed Soros for funding leftist causes that include open U.S. borders to allow a freer flow of immigrants and refugees. His perceived goal is to take the U.S. down as a superpower. He wants to erase the United States as a powerful nation.

Not unlike the now-shamed movie mogul Harvey Weinstein, Soros and his shadow loom large over the Democratic Party and the leftist organizations he fuels. The reason is his money and that tops any moral issues the DNC may have with his own political stance; even anti-American. 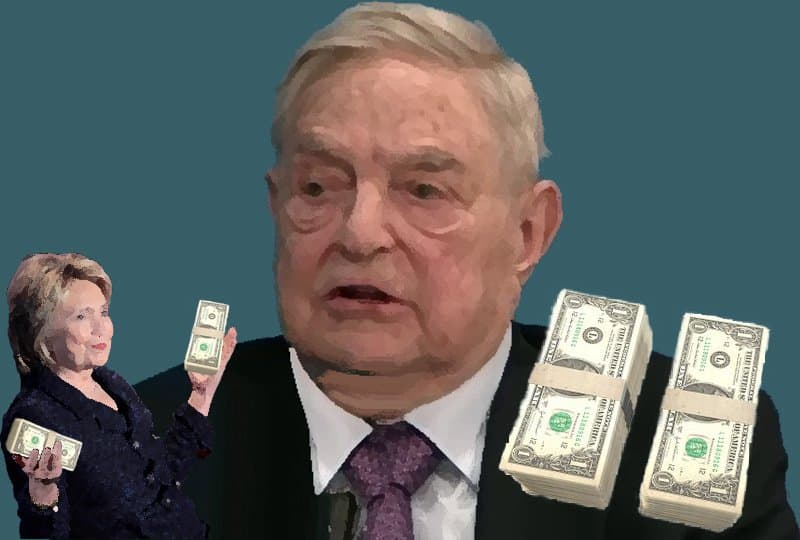