The fallout on the far left’s Russia hoax has become evident in television news ratings the past few weeks. It is more than obvious millions of Americans who watch the cable news have become disgusted by those networks who perpetrated the collusion nonsense for two years.

As a direct result, Fox News Channel dominated basic cable for April, beating news, sports, and entertainment networks in total day and primetime viewers. Meanwhile, CNN continued to melt in the ratings like the ‘Wizard of Oz’ witch.

For the 208th month in a row, FNC also beat left-leaning CNN and MSNBC across both categories, while CNN marked its lowest-rated month in total day viewers since October 2015, and since August 2015 in the key demographic of viewers age 25-54. 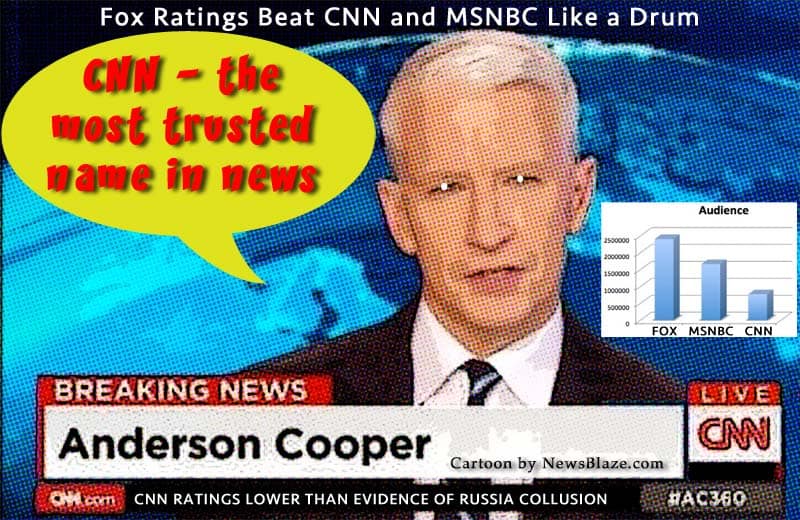 Additionally, FNC’s regularly scheduled programming beat out CNN’s five-hour town hall event on April 22, bringing in 2.3 million viewers and 380,000 in the 25-54 age demo while CNN came in last in total viewers with 1.2 million and 371,00 in the demo for the night.

For CNN and MSNBC, this means millions of lost advertising revenue as their audience share swindles dramatically. It is further confirmation of the utter disdain many viewers have for the two-year-long Russia hoax they were subjected to 24/7 by the two failing networks.