The FBI announced Sunday there would be no criminal charges against Hillary Clinton for damaging evidence found on disgraced former congressman Anthony Wiener’s PC. Weiner is the estranged husband of Hillary Clinton’s closest adviser, Huma Adedin. But the avalanche of news about the FBI’s various and sundry investigations into Clinton Incorporated may be the final blow to topple the once powerful Clinton machine.

Last week FBI Director James Comey announced he was re-opening the investigation into the illicit email server Hillary Clinton had hidden in her home that she used for her official communication in contravention to our national security laws when she was Obama’s Secretary of State. The renewed investigation was bad news just over a week before Election Day.

The polls indicated a rising surge in Donald Trump’s poll numbers. His foibles receded into the background and all news was about Hillary and her husband’s corruption. Trump has been able to shake the constant drum beat of bad news coming out of the FBI. The Democrats may be calling foul, but the Obama administration was aware of the investigation well before Congress was informed. Hillary’s email scandal has continued to pile up.

It doesn’t help that the Democrats worst “bad penny,” disgraced New York Congressman Anthony Weiner, was the source of the huge cache of emails that gave the Bureau cause to reopen the investigation into Hillary’s violations of our national security laws. Can it get much worse?

The massive investigation into Hillary’s corruption reveals that the huge trove of Hillary’s emails discovered on Weiner’s devices are new emails that the FBI had never seen before, but strangely the FBI/Director Comey, once again changed direction and declared Hillary exonerated ten days after the initial announcement of their new findings.

Will that be enough for undecided voters to forgive Hillary? Do voters realize a Clinton presidency could bring on a constitutional crisis that would dwarf the Watergate mess of the 1970’s? If indicted for the email scandal and its implications on national security, would the first sitting president under criminal indictment even be allowed a national security clearance?

How informed are the remaining undecideds? The Daily mail reported Thursday, before the latest FBI turn-about that they had found “an avalanche” of evidence of corruption surrounding Hillary and her so-called foundation all of which prompted them to quicken their investigations.

Hillary Clinton may have dodged this, but she has not been pronounced clean. The Clinton Foundation is still under investigation and top Clinton aides are pleading the fifth.

The stark reality is the FBI is now involved in five separate investigations into Clinton and her associates. What are the odds five criminal investigations will not yield enough evidence to put the country into more misery than the presidential election has been? 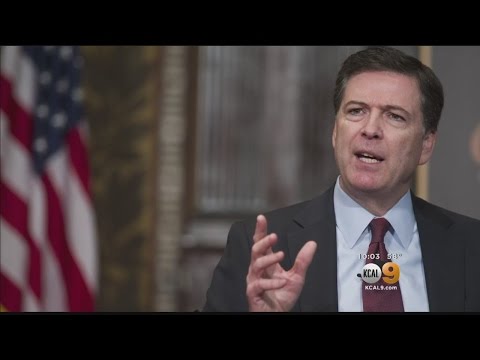