Perhaps it is time for House Majority Speaker Nancy Pelosi to consider retirement. From her actions in recent weeks, it appears she has mental difficulties. The congresswoman seems obsessed by an alien or something with her reckless remarks and strange behavior in print and in front of the cameras.

A photo published on the Politico website shows Pelosi meeting with Russian Ambassador Sergey Kislyak in 2010, a direct contradiction to her telling reporters at the website she had not met with the diplomat. Yet she is obsessed with anything Russian as she attempts to convince anyone who will listen that the Trump administration somehow fixed the election to defeat Hillary Clinton.

Is her party trying to contain this woman in any way? She has become an embarrassment to moderate Democrats who are attempting to save their party from the far left and ideologues such as Pelosi. Her actions alone portray the entire Democratic Party as childish brats who lost their way and now blame anyone they can smear with their compliant media buddies.

It appears the president has seen and heard enough from the mad congresswoman from San Francisco, and he may not be alone in his anger. After tweeting on Friday morning that Senate Minority Leader Chuck Schumer (D-N.Y.) should be investigated for meeting with Russian President Vladimir Putin in 2003, President Donald Trump tweeted that a second investigation into Pelosi’s past should be launched. 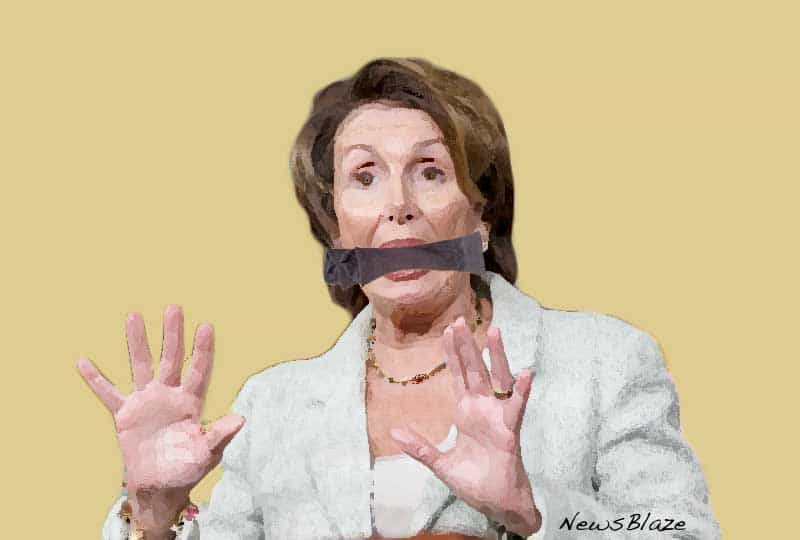 Trump Tweeted, “I hereby demand a second investigation, after Schumer, of Pelosi for her close ties to Russia, and lying about it. – Donald J. Trump (@realDonaldTrump) March 3, 2017.” Why not? Their tactics are nothing but mud politics with no facts to back up their wild allegations of a Russian conspiracy with the Trump administration. Having lost all three branches of government, it appears Pelosi and her henchmen have nothing left in their holsters but wild allegations their “added branch of the Democratic Party” gladly prints; the mainstream media.

Trump continued to play their game by Tweeting, “I hereby demand a second investigation, after Schumer, of Pelosi for her close ties to Russia, and lying about it.” Apparently Trump’s response woke up Pelosi.

I hereby demand a second investigation, after Schumer, of Pelosi for her close ties to Russia, and lying about it. https://t.co/ZLTxCuY9qU

“Not with this Russian ambassador, no,” Pelosi told Politico’s Jake Sherman and Anna Palmer during a Playbook interview, when asked if she’d ever met with the Russian envoy. Yet Politico reported, “But a file photo from Pelosi’s 2010 meeting with Russian President Dmitry Medvedev shows Kislyak at the table across from Pelosi, then House Speaker, and Rep. Steny Hoyer (D-Md.). Medvedev had been in the country for a meeting with President Barack Obama a day earlier and stopped in on Capitol Hill to meet with congressional leaders as well.”

There most likely is nothing to this whole situation, just like Trump and the Russians. But it is interesting to see Pelosi’s reaction when someone comes after her. Those wide, vacuous eyes start rolling up in her head and one has to wonder if anything actually registers in her static mind. Maybe aliens are about to attack?

It appears saner heads need to prevail in the Democratic Party before they lose all credibility with the American people. With Bernie Sanders on the verge of starting a third party, the Democrats might be smart to start looking within to save themselves from utter destruction and Nancy Pelosi.