The group sat outside Schumer’s office for hours. They insisted he meet with them.

She noted that the ranks of the Angels Moms sadly continues to grow, citing the recent deaths of California police officer Ronil Singh and 22-year-old Tennessee native Pierce Cochran. Cochran, like Brandon Mendoza, was killed in a head-on car crash with an illegal immigrant driving recklessly. 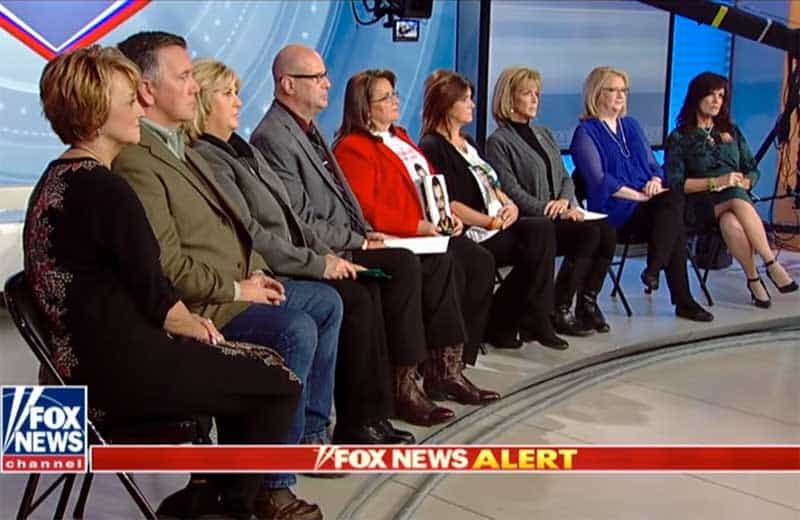 There was also Sabine Durden. She is a naturalized citizen from Germany, whose 30-year-old son Dominic was killed by an illegal immigrant in southern California in 2012. The stories flowed out to reporters covering the event, but hardly a mention of it on media such as CNN and MSNBC.

Dominic was a Riverside County sheriff’s dispatcher on his way to work when Juan Zacarias Tzun made a left turn in front of him. Dominic collided with the car and was thrown from his motorcycle, dying on the spot. Tzun did not have a drivers license and had two convictions for driving under the influence.

The women also went to Nancy Pelosi’s office, but she refused to meet with them. It appears the mindset of the Democratic leadership is to oppose anything Donald Trump is for, no matter what. A very dangerous and childish game that could have disastrous results for all Americans and their families.

Although Schumer and Pelosi didn’t have time for Angel Moms, they found time to go out in the cold to support government workers.