The mainstream media has been busy covering failed Green Party candidate Jill Stein’s recount attempt in several northern states, but the operative word for the Democratic Party presently is vulnerable. The Hillary people scream she won the popular vote acting like there is not a Constitution and a little item known as the Electoral College.

The truth is Hillary Clinton received the majority of votes in less than one-fifth of the nation’s counties. That in itself is an amazing figure that sensible Democrats have to look hard at and think about whether their party is strictly regional in nature at this juncture.

After four straight losing elections for the Democrats and the loss of both Houses of Congress and the presidency, their claim that Barack Obama has never been more popular is telling to say the least. Yes, Mr. Obama scores high in the popularity contest, but going further than beauty points, he has been an utter nightmare for the Democratic Party which is now at its lowest level of representation in over seven decades.

Now that their allies in the media haven’t been of much use with the ultra-biased and shameful reporting they term “journalism,” sensible Democrats look to the future. They are looking beyond the dinosaurs responsible for the collapse that includes super fundraiser Nancy Pelosi. Are more rich donors the answer to the decaying and out-of-touch party? Their own nominee labeled the opposition as “deplorable?”

Vulnerable Senate Democrats up for reelection in 2018 are already identifying areas where they’re willing to work with President-elect Donald Trump and Republican colleagues. That appears to be the smart move for a party that totally missed the boat this time around gaging the national anger with the establishment in Washington.

Instead of former Secretary of State and failed Democratic presidential nominee Hillary Clinton’s attempt to “reset the clock with Russia,” the Democratic Party now find themselves having to reset the clock with the American people who do not live on either coast. That would be the huge land mass between the oceans with a sprinkling of blue against a sea of undisturbed red from national seats, through the state and local governments of all but five states.

From vulnerable Democratic senate seats under North Dakota Sen. Heidi Heitkamp (D-N.D.), Sen. Joe Donnelly (D-Ind.), Sen. Jon Tester (D-Mont.) and Sen. Joe Manchin (D-W.Va.), the Democrats have their work cut out for them in 2018. It is quite the opposite of the phony bravado the mainstream media touted before the 2016 election results.

Donald Trump has vowed to work with the Hispanics and African-Americans, traditionally thought of as “in the bag” votes for the Democratic Party. If he is able to succeed with just 25 percent of what he has promised to bring new hope to decaying urban centers in this country, the solid base of the Democratic machine may be turned upside down with new thinking among the ethnic minorities, soon to be the majority in some cases.

The Democrats will have to do better than an aging symbol of establishment Washington, their perceived ownership of this country’s minority voting blocs and the promises of 50-years that have brought nothing more than more of the same. This is the DNC’s wake-up call and all the arrogance of the Fourth Estate and their own worn-out political rhetoric is under sharp scrutiny as the man they said could never win takes the reins of power for at least the next four years.

Instead of pointing the finger at Donald Trump who beat them at their own game, the Democrats need to look hard at their own alienating characteristics that have changed the game in Washington forever. Do they have the soldiers to reverse their death spiral their own media allies cannot, or will they continue to label anyone opposed to their intolerant views as bigots, racists and other childish three-year-old chatter? 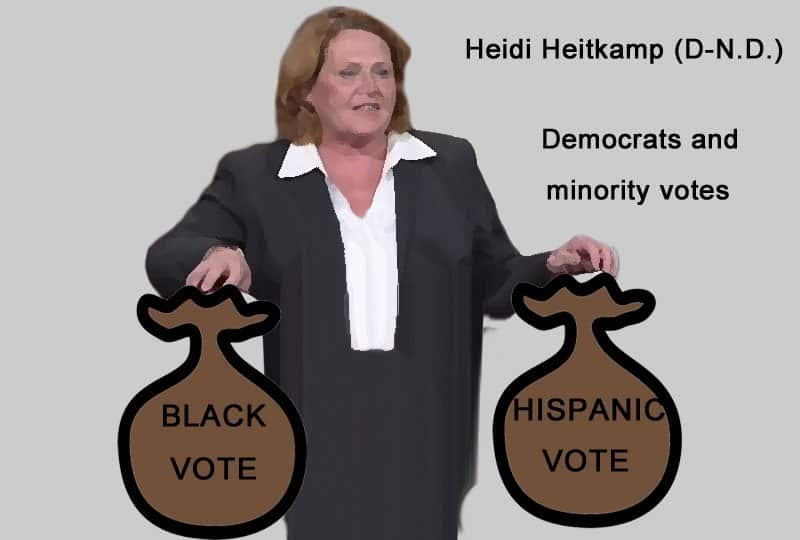