Donald Trump, the most unlikely president since Harry Truman succeeded Franklin Roosevelt, isn’t acting like some replacement. In ten short days, he has enacted more legislation, appointments and executive orders that any president in history.

The new president has done more in his short time in office than Barack Obama could manage in eight years. Trump has changed Obama’s policies as swiftly as one strolls across the street.

Where does this all leave the Democratic Party? The quick answer is obvious.

The Democrats are on life support and if they fail to acknowledge that fact, it will only get worse. They are a minority in both the House and Senate while losing the presidency they thought was a shoo-in.

Former president Barack Obama has overseen the party lose 1,034 state and federal seats. They hold only 16 governorships and face 33 state legislatures under Republican control. They have no one who speaks for the party and rely on weak 2020 potential presidential candidates such as Sen. Corey Booker of New Jersey to speak their tired and worn out racist and bigoted tirades.

Meanwhile, Trump as president now has the power to appoint all federal judgeships for the next four years and plans an announcement of his Supreme Court nominee this week to replace the late conservative Antonin Scalia. The conservatives will control the Supreme Court for the next generation of Americans no matter how hard Sen. Chuck Schumer tries to destroy the nominee’s reputation no matter who it is.

The future looks bleak for “progressives” both federally and in the states. America is now in the populist era, like it or not. The repudiation of a liberal ideology that has shown itself to be intolerant and abusive is in progress. All the marches, protests, blockage of Trump nominees and mainstream media support are flat-lining with fed-up Americans.

The people have chosen a new path that supports the notion that nothing is impossible and the greatest country the world has ever seen is ready to get back to the business of reinvigorating this country’s pride and leadership. They have elected a man who has never run for political office, is beholden to zero big time campaign contributors, lobbyists or foreign countries. 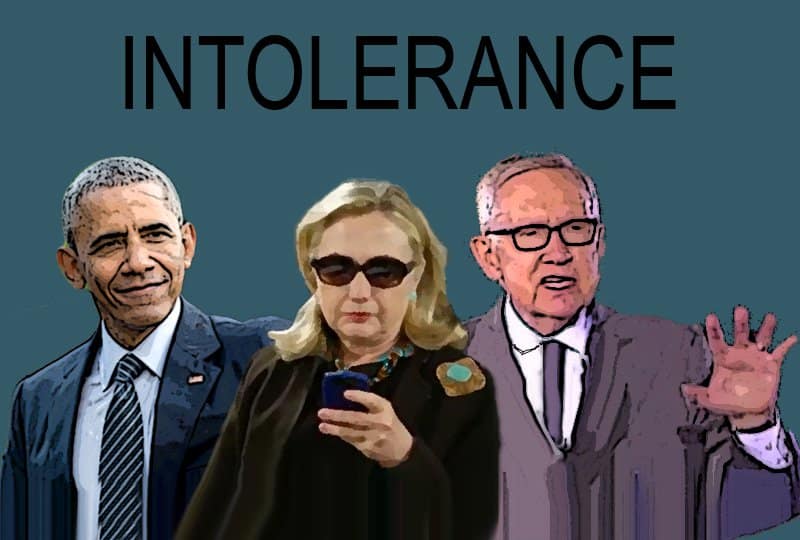 Democrats are surprised by Trump’s immediate action on a variety of fronts this country faces. They shouldn’t be. This is a leader who has spent his life in the private sector, rather than relying on the winds of politics to protect his career. He has met huge payrolls and employed thousands of Americans. He is disinterested in what the polls may say and is only interested in getting the country back on track economically and protecting our borders and national security.

In other words, the country has a man in the White House who does not think in politically correct terms. That is simply because he made it there without the support of his party or indebtedness to big money contributors. His support base is the common American who wants change and he intends to deliver big time.

Will this power last? Only time will tell. But in the meantime, he is following through like no president in recent memory, on his campaign promises from building a wall on our southern border to abolishing so-called sanctuary cities that protect illegal aliens from deportation.

The opposition to Trump is magnified by the liberal media that supports them. To view the network nightly news, an uninformed American would think the country is against the bombastic president and his straight-ahead actions. But the left either is blind and deaf or whistling past the graveyard since last fall’s campaign.

Most likely the moment of that change came in September when Hillary Clinton spoke at a New York City rally of “progressives.” She labeled half of Trump’s followers as “deplorable,” and in that stark moment, the country changed.

Those words woke up working Americans. It sparked an anger that the Democrats had been blind to. No longer would East Coast academics and elites control the center stage of political thinking. Hillary gave those Americans a gift she never intended to provide.

That moment, the word “deplorable” sparked a revolt that brought an end to the Obama-style of government that had ignored the people that “love their guns and religion.” On election night the verdict was clear as normally Democratic strongholds such as Wisconsin, Michigan, Pennsylvania and Ohio sent Hillary and her elites a message that changed America overnight.

The political carnage is complete and all that is left are “progressives” facing the reality of a regional political party largely based in urban settings on the East and West Coasts. Their power has been reduced to ugly and rude confirmation hearings for Trump nominees who already have a 100 percent chance of being confirmed.

Perhaps the biggest example of the left’s arrogance can be traced to their once Senate Majority Leader Harry Reid. Considering his party “bulletproof” from conservative voices, he changed longstanding tradition in the Senate and made most presidential appointees a straight majority vote rather than the traditional 60 votes. It was labeled “the nuclear option.”

The arrogant and power-hungry Reid felt that would silence the minority republicans for good. The conservatives and the American people can now thank three people for their incredible rise to power in this country; Barack Obama, Hillary Clinton and Harry Reid.

All three are now gone from power. But one word resonates today they gave as a mistaken gift; “intolerance.” Little did they know that one word would lead to a man named Donald Trump and a country that soundly rejected their arrogant misuse of power.