Joe Miller wants to repeal the minimum wage laws. The current Fair Minimum Wage Act of 2007 (HR 2206), which was put into law by George Bush (believe it or not, Joe), sets the wage at $7.25 per hour, as of July 24, 2009. Poor workers, who often work at fast-food restaurants, need to at least bring in this pretty penny, Joe, to scrape by and survive.

If minimum wage wasn’t a law, exploitation of workers would take place by ruthless employers. This, I suspect, is the reason why so many jobs are exported overseas, where laws protecting workers are non-existent. Minimum wage guarantees fall under the Fair Labor Standards Act of 1938, which also protects children from exploitation by capitalist sharks. 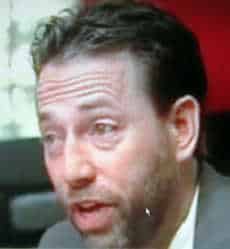 Joe Miller made this statement about the minimum wage laws. “What I’d recommend that you do is go to the Constitution and look at the enumerated powers because what we have is something that we call the 10th amendment that says, look if it’s not there, if it’s not enumerated, then it’s delegated to the states. Everything that’s not there is reserved to the states and the people.”

Joe, the Constitution was written in the late 18th century, before the horrors of the Industrial Revolution. The Industrial Revolution brought on a new set of ills, where workers were exploited, often working in unsafe conditions in factories. Joe, you might benefit from a reading of Upton Sinclair’s 1906 novel, The Jungle. This was a required read when I was in high school, but the gist of it was a description of rampant corruption in the meatpacking industry in Chicago.

And Joe, Upton Sinclair touches on the conditions of ‘wage slavery’ that existed (widely) in the early 20th century. The Fair Labor Standards Act, which was put into effect in the late Depression Era, addresses this crucial issue of ‘wage slavery.’ If we leave it up to the states, it will never get done, Joe! Remember how President Kennedy had to call in Federal Marshals to assure that James Meredith could rightly attend the University of Mississippi?

I need to remind you of other government programs that Joe Miller wants to slash. Joe wants to ‘phase out’ little programs such as Social Security, eliminate the Department of Education (and maybe get rid of any kind of education itself), abandon hate crime laws and, naturally, extinguish unemployment insurance. Joe’s real big on ‘States Rights.’ What gives, Joe? Do you advocate reinstating the Articles of Confederation and tossing out the Constitution?

Yesterday Joe was pinned down as a hyper-hypocrite of the highest order. That is, it’s now known that his wife, Kathleen, received unemployment insurance after leaving her part-time clerk position, working for Mister Miller when he was a magistrate judge in the Fairbanks District Court.

And now a second rule has been deemed to have been broken. This is nepotism when you hire your own spouse; apparently Kathleen was terminated because of this violation, according to Alaskan blogger Andrew Halcro. Another citation of hyper-hypocrisy is that Joe received $7,235 in pork-barrel subsidies from the U.S. Department of Agriculture between 1991 and 1997. Do as I say, not as I do. Handouts are pretty nice when you’re on the other side of pigpen, Joe!

One can only pray that Alaskans will wake up and boot this Teabagger Jokester between the goal posts of Nowheresville! The venom he preaches will undo all the progress we have made, in the name of American workers, and set us back to the miserable conditions of meatpackers in Upton Sinclair’s The Jungle. Even George Bush endorses the Minimum Wage Act, Joe. Please don’t allow this hypocrite to enter the chambers of the U.S. Senate, Alaska!