There’s nothing more suicidal than telling the American electorate you’re all for letting murderers and terrorists vote or allowing illegal aliens into the country scot-free. But that’s what most of the Democratic presidential nominees profess at present and it plays right into the hands of incumbent Donald Trump.

To put it mildly, things are not looking good for Democrats. Their frontrunner is socialist Bernie Sanders who truly believes the above. Can he muster enough Americans to vote for that along with Medicare for all and all his other taxpayer-funded freebies?

He’s not alone. Sen. Elizabeth Warren wants an assortment of freebies that include forgiving billions in college loans. Who is going to pay for this? Oh, I think you know, taxpayer.

But this plays into the hands of the base these liberals are banking on. Younger Americans are embracing some of the ideas. A recent Harris Poll found that 49.6 percent of millennials prefer living in a socialist country.

That’s great. A base of young people that have not lived life, paid taxes, gotten a job, had a family or many other essential parts of life’s lessons. It’s easy to be for all the things these ‘progressives’ advocate when you are broke and living in your parents’ basement.

The feeling on the left is these issues are heat-seekers for vacuous thinking among the young. You can call it a bribe paid by American taxpayers. 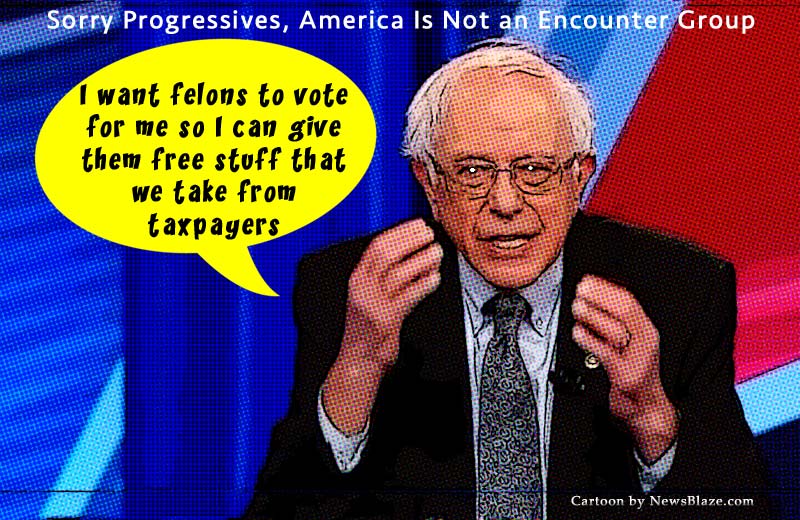 Democratic candidate Julian Castro, who has zero chance of winning the nomination, is pushing for decriminalizing crossing the border. He is one of many Democrats out of touch with reality.

Open borders are no borders. And the stark reality is when the general election comes around, swing voters and independents in the middle of this country want the border secure. There’s no argument about that.

But that is meaningless in the primaries where the further left you go, the better. The problem with that is when the dust clears and you must run on all these ridiculous ideas, you are through.

That isn’t enough? Believe me, sane Americans were watching when New York passed and celebrated a late-term abortion law. The Empire State is not alone. Virginia and other states led by Democrats have pushed for similar legislation.

That will go over big in a general election. Can you imagine the opposition TV ads?

At present, 71 percent of Democratic voters think late-term abortion should be illegal. The wacko democrat politicians have lost their minds and think they can take voters with them.

Ever heard of a kamikaze mission? That is where the Democratic Party is headed, or should I say has arrived. Espousing the end of airplanes, everybody taking a train or riding horseback is largely being ignored by the American public this early in the campaign. But when they begin to watch after the national party conventions, millions of jaws will drop to the floor.

What is fashionable at present for primary chatter will end soon after. Ordinary Americans are not an encounter group filled with wackos seeking attention.