Ben Bernake, Christine Romer, Paul Volker, all immensely respected economists and scholars in terms of studying the great depression, yet Rachael Maddow seems to think the administration is going to adopt a philosophy that an economics 101 student knows will not work, in an attempt to appease the right.

She compares the action to be taken by the Obama administration, to that of the 1937 Hoover administration, yet ignores the fact that a 250 billion dollar freeze on spending over ten years is only 15 billion dollars a year. Hardly Hoover-esque, ignoring the fact that this is not a across the board spending freeze, it is simply a tightening of the budgetary belt, similar to what was proposed last year by the administration in terms of cuts, 11.5 billion, but congress only ratified 3/5 of what was proposed.

Essentially Maddow is comparing our Government to a lean New York Strip that can’t possibly be improved upon, in terms of spending, seeming to say every Governmental dollar spent is essential to our recovery. When the fact is, a good butcher could spend the greater part of an hour pairing the fat from our Governmental strip steak. 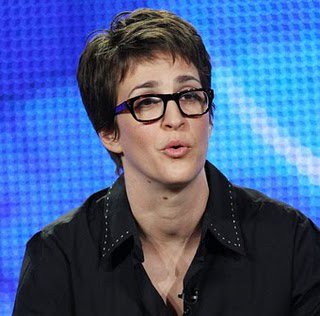 Maddow usually comes off as a pragmatic progressive in my eyes, but really came off as smug and quite frankly elitist last night. The obvious disappointment over health care reform, has simply infuriated commentators like Olbermann, and now Maddow, who see every political decision by this White house, as some sort of appeasement. She overlooked an important Obama budget initiative, and tried to make it sound like a right wing initiative, that will sink us into a deeper recession.

Choosing to ignore, the expansion of the child tax credit to families earning $85,000 and less, as well as protections for citizens paying back student loans, and 50 billion dollars worth of incentives that she dismissed as to small. Can you see why the Massachusetts election was a disaster?

Paul Krugman had a similar response as Maddow today, and quite frankly has given me pause, because I trust his judgment immensely. But I think they are missing the point, maybe because of political frustration, which I also suffer from. But, the proposed cuts are specific frozen areas within our budget, not an across the board freeze on spending. I find it hard to believe that 10-15 billion dollars a year can’t be paired from our budget without sinking our economy into an abyss. But hey I’m just a stay at home dad

Example of Maddow’s simplification of a complicated budget announcement.

Visit msnbc.com for breaking news, world news, and news about the economy

Here she makes the budget cuts seem like an appeasement to the right, making them look like the only party that is fiscally responsible.

Visit msnbc.com for breaking news, world news, and news about the economy