Is a tiny fourth-century Coptic papyrus, hinting that Jesus had a wife, a legitimate, authentic document? Karen King, a Harvard professor and an expert in the history of Christianity, believes it is authentic. I wish I could have attended a six-day conference in Rome, where Karen King presented a paper on her revelatory findings on the papyrus! Impacting, startling news was made by Professor King at Rome’s La Sapienza University on Tuesday, and yet the Vatican media machine didn’t even bother to mention it!

Well, this may not be a conspiracy, such as we might see in Dan Brown’s smash hit, the Da Vinci Code, but it is a suspicious downplay of substantive news by the Vatican. Not being open about what’s happening behind the scenes, is a long running tradition of the powers that be in the church, and is a primary theme of Dan Brown, that holds water (and may account, in part, for the tremendous popularity of his books). 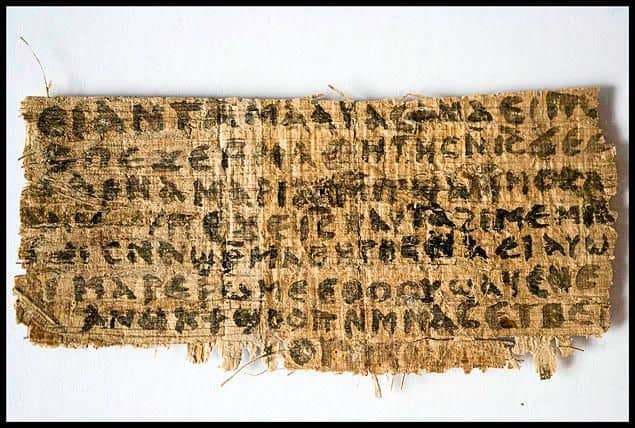 Let me just say, however, that plenty other great news organizations jumped on this story, which might explain why the news that Jesus was possibly married is spreading like wildfire in cyberspace. While I’m not able to get a gander at the actual business card size papyrus for myself, I have examined valuable documents produced by the likes of the BBC, New York Daily News (AP), The New York Times, and the Chicago Tribune. I learned a lot and am thankful for these news services, which allow the availability of valuable information (even if it is controversial).

I’ll need to tell you, my training is in history and I see the value of what Karen King is up to in the analysis of this Coptic fragment, which dates around 300 years after Jesus lived. That’s quite a long time after these events (that changed the world forever), but that doesn’t diminish the accuracy of the phrase contained within the papyrus: “Jesus said to them, my wife,” – which is furthermore incomplete. (Ambiguities galore, as always in matters of theology).

I will nonetheless say, the actual phrase itself was probably written in the second century, since it is a copy of an original Greek document of sorts. It would be nice if we could get a little more on its mysterious provenance. Okay, so we do hear it came from Egypt and can be lumped in with other Coptic scripts or maybe gospels, which were discovered in 1945, I believe.

This is a good lead (I might add); what with the whole issue of what the Gnostic traditions were up to, appearing as an alternative to the Roman traditions in so many ways. The Nicean Creed altered an opened-minded forum of Church beliefs, that left things more rigorous and narrow-minded for the future history of Christianity (most will agree with this opinion). 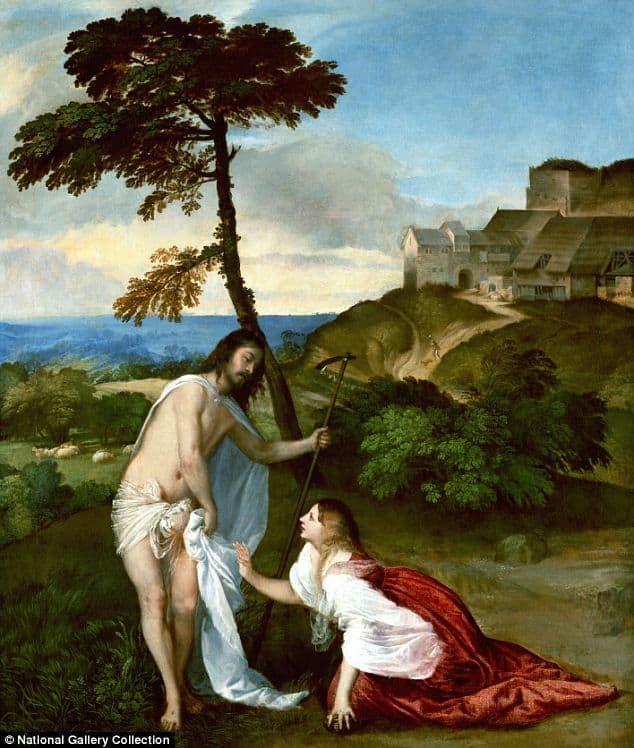 But which traditions are the real thing, and which traditions are merely fairy tales of what Christianity would become or what it should be? For me, the most important issue is who told the history correctly? If the Coptic scripts were buried away for thousands of years, untouched as it were, might they not be more pure? They weren’t massaged by any early Church Fathers, and thus there’s likely, less contamination. This is a reasonable hypothesis on my part, I’ll surmise.

I was fascinated by the Rev. James Martin’s (a Jesuit priest) piece that appeared in The New York Times yesterday (Mr. and Mrs. Jesus Christ?) The Gospels of Matthew, Mark, Luke, and John were written fairly close to the time of Jesus’ crucifixion, which is traditionally given as 33 AD, during the reign of Tiberius. My only problem is, were the Gospels written with historical accuracy in mind, or were they modeled after the Books of the Old Testament, where some legend spinning or spiritual metaphor is allowable? This is not history!