To be sure it is only a partial repeal. The ban on openly carrying long guns in public for the purpose of self-defense will remain should the bill, CS/HB 163, become law.

This afternoon the Florida House Justice Appropriations Subcommittee approved the bill in a 7-6 vote with two RINO Republicans voting against the bill.

Should the bill become law, it will become effective immediately upon passage. Texas has already repealed its ban on openly carrying modern, loaded handguns (Texas never banned the Open Carry of long guns) as has Oklahoma, leaving just two states (California and Illinois) and the District of Columbia with bans on openly carrying both handguns and long guns in public for the purpose of self-defense. 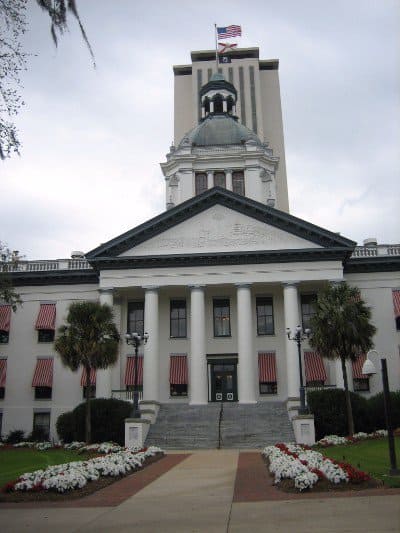 Passage of the Florida Open Carry bill is far from assured. Back in 2011 there was a similar bill that was on the verge of being passed but the National Rifle Association, a long time opponent of Open Carry stepped in and had the bill gutted and amended to protect only the brief inadvertent display of a concealed handgun by a person licensed to carry a concealed handgun (the NRA helped write California’s 1967 ban on openly carrying loaded firearms in public and is today defending that ban in Federal court).

Surprise, surprise! That bill did not work and so today the NRA is nominally supporting the current legislation to protect persons with licenses to carry handguns concealed.

Regardless of whether or not the bill passes, the Florida Supreme Court will be deciding whether or not Florida’s current Open Carry ban is Constitutional under the Second Amendment. That case, Norman v. State, is currently being briefed. Norman’s initial brief on the merits is due on November 25th.

California’s ban on openly carrying loaded firearms in public for the purpose of self-defense is currently pending before the 9th Circuit Court of Appeals in the case of Nichols v. Brown. That case is currently stayed pending a decision in the concealed carry lawsuits Peruta v. San Diego and Richards v. Prieto which were combined and heard by an en banc court of the 9th Circuit Court of Appeals on June 16, 2015.

There are no known court challenges pending to the Open Carry bans in Illinois and the District of Columbia. The Illinois bans on carrying loaded and unloaded firearms openly and concealed were struck down by the 7th Circuit Court of Appeals in 2012.

The NRA and the Second Amendment Foundation as well as other of their affiliated groups lobbied the Illinois legislature to reenact its Open Carry bans. The legislature did.

Biden Recognizes World War I. Atrocities Against Armenians as Genocide