“San Diego diocese wants to keep private 2,000 pages of Priest-abuse files that shed light on how the diocese worked,” so claim victim’s attorneys.

Published yesterday then updated today Irwin Zalkin said at a news conference, “When the Catholic Diocese of San Diego settled a priest-abuse case in 2007 it deliberately hid 22 pages illuminating the way the Catholic Church handled priests sexually abusing minors and archdiocese cover-ups in cases that go back decades.

In June U.S. Catholic bishops pledged openness and adoption of a zero-tolerance policy. The Roman Catholic Diocese of San Diego revealed allegations made against 23 priests, 18 in San Diego County plus 5 more over in Imperial County.

In August it was revealed that retired Monsignor Rudolph Galindo admitted sexually abusing three boys and urged victims to speak up. Two lawsuits have been filed in the San Diego Superior Court on behalf of two men who say they were sexually abused by priests when they were minors.

The list of law suit abuse is long and dirty going back to the Diocese of Orange in California agreeing to pay $100 million to nearly 90 victims, with payouts ranging from $50,000 to almost $4 million.

Three years ago the Diocese of San Diego releases the names of 38 priests with “credible allegations” of sexually abusing minors; along with their church service records dating all the way back to 1928.

Now a retired San Diego Superior Court judge has ordered the Diocese of San Diego to make public 10,000 pages of previously confidential personnel files of 48 priests who were accused of sexual abuse or had credible allegations lodged against them. 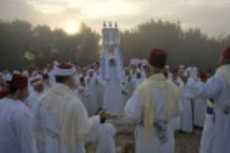 A library of names beyond San Diego, Orange County, Tijuana Mexico and across the nation, are available at Bishop Accountability

This release of thousands of pages of previously confidential files on San Diego Roman Catholic priests accused of sexual abuse is a landmark development in the abuse scandal, lawyers and advocates for victims said yesterday, Monday October 25, 2010.

The approximately 10,000 pages of documents made available over the weekend extend back more than a half century and constitute what one expert called the most significant cache of clergy abuse files that has been released since 2003.

And more could be on the way, say lawyers for the 144 people who sued the diocese over claims they were molested as children.

A portion of the released documents offers a glimpse into the inner workings of the diocese over the decades as it dealt with some priests accused of abuse. They confirm what plaintiffs and their lawyers have long said – that in some instances the diocese quietly moved priests who had molested children from parish to parish and sometimes ushered them out of the country.

Such black-and-white documentation of the church’s conduct is important, victim advocates said on Monday. Paul Livingston, with the San Diego chapter of the Survivors Network of those Abused by Priests, said it was “a huge step forward in terms of transparency.”

“These documents that have been released are just the tip of the iceberg in San Diego,” Boucher said.

A lawyer for the diocese did not respond to Monday questions e-mailed to her about the documents that have not been released.