“King Muhammad uses hateful rhetoric that has no basis of truth to it to play on women’s resentment of men in order to coerce them into becoming lesbians, this book is more dangerous than The Holy Quran” – Professor David Lawry PhD. 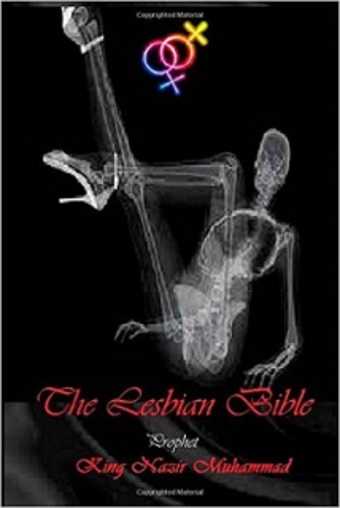 Scientology’s Most high profile lesbian advocate, King Nazir Muhammad is making waves with critics over his new book The Lesbian Bible. Muhammad’s controversial remarks on lesbianism back in 2014 probably upset every heterosexual man in the world. You would think so, after he called for all women to become lesbians so that the current generation of men could not reproduce and die out.

A Male Feminist or Publicity Hound?

Many thought that his remarks where just to get his 15 minutes of fame, but soon after, Muhammad released the dreaded Lesbian Bible. The book itself has gotten very little media coverage, but this has not stopped the spread of its captivating message.

Muhammad uses beautiful language to articulate his resentment toward abusive men, the book even begins by blaming men for the creation of lesbianism. And then proceeds to continuously speak of the mental and physical abuse women suffer at the hands of abusive men.

A True Messiah or A Con Artist?

Many critics believe the book was meant to make money off of the hurt and pain of women, as well as capitalize off of this growing trend. Others say that the book was meant to entice women who would normally be straight to become gay. In any event, critics believe this book is detrimental to male and female relations and they are doing their best to keep it out of the view of the public.

A Lesbian Apocalypse on The Rise?

But Muhammad doesn’t seem to be relying on the mainstream media at all to bring about his “lesbian apocalypse” on the entire world. In late 2015, he released a thousand free copies via email to potential readers or should I say converts, so money doesn’t seem to be his aim either.

But as the mainstream media is preoccupied with Donald Trump, Muhammad is quietly converting disgruntled wives and daughters into his lesbian army – and the next one could be yours.