Brace Yourself, More Warships Are Coming

Many anticipated the launch of USS Gerald RUSS Gerald R Ford Ford (CVN 78), the most expensive warship in history. With just six months more to go, the $13 billion supercarrier will join the U.S. Navy’s fleet by September. But that’s not all, more warships are coming within five years.

About the $13 Billion Dollar Warship

USS Gerald R. Ford (CVN 78) is almost here. Sea trials of the 100,000-ton and 1,100-foot-long carrier will begin in July. By September, the supercarrier will be in the good hands of the Navy.

This news was confirmed by Sean J. Stackley, the Navy’s assistant secretary for acquisitions who announced the timetable ahead of the testimony on the Senate Armed Services Committee on Wednesday.

The construction of the Ford aircraft carrier began in 2009. But as of March this year, it was 98% complete. So, the finish line is within sight!

Named After 38th President of the United States

What is Next after USS Gerald R. Ford?

Next to USS Gerald R. Ford, is the third Ford-class carrier or the USS Enterprise (CVN 80). The supercarrier will begin construction by 2018.

In addition, construction is underway for the USS John F. Kennedy (CVN 79). So brace yourself, because this supercarrier will be launched in 2020. Last month, the ship was 18% percent complete as of March. So, the finish line is within sight as well! 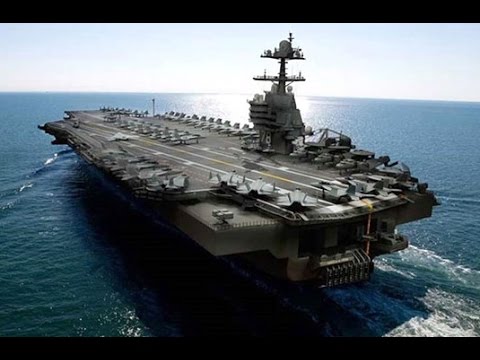