Warning against forcible relocation of Ashraf residents inside of Iraq.

Dr. Alejo Vidal-Quadras is vice president of European Parliament and president of the International Committee of In Search of Justice (ISJ), that enjoys the support of over 4,000 parliamentarians throughout the world.

Dr. Vidal-Quadras warns in a statement against any forcible relocation of Ashraf residents inside of Iraq.

Calling on the Special Representative of the UN Secretary General in Iraq (UNAMI) to stand firm against what he called the dangerous plans of Iraqi Prime Minister Maliki, Dr. Vidal-Quadras says Maliki’s aim is to displace Ashraf residents.

Mr Struan Stevenson MEP, President of the European Parliament’s Delegation for Relations with Iraq, says Maliki is undertaking a blatant effort to set the stage for the massacre of Ashraf residents. Mr Stevenson says the effort is clearly at the behest of the Iranian regime.

The press release issued by the ISJ and signed by Dr. Vidal-Quadras says:

We call on the Special Representative of the UN Secretary General in Iraq (UNAMI) to stand firm against dangerous plans of Maliki for displacing Ashraf residents.

We call on the EU High Representative to follow the European Parliament’s resolutions and guidelines and to publicly condemn the deadline of 31 December 2011 to close Ashraf in order to give time to UNHCR to resettle Ashraf residents in third countries.

We have been informed by our colleague Mr Struan Stevenson MEP, President of the European Parliament’s Delegation for Relations with Iraq of the official position of the Iraqi government on the issue of Camp Ashraf, home to 3400 Iranian democratic opposition members of PMOI-MEK, in a 10 point document which was sent to the Parliament by the Iraqi Embassy in Brussels before the weekend. We completely agree with Mr Stevenson that this document is “a blatant effort to set the stage for the massacre of Ashraf residents, clearly at the behest of the Iranian regime and is disingenuous and illegal in its entirety and amounts to a virtual declaration of war on the UN and international community and a death warrant for the residents of Ashraf.”

The document stated: ‘The Iraqi government was left with no choice, but to evacuate the camp based on principle of sovereignty – and transfer its residents to other camps in Iraq.’ A day later we were astonished to hear that the newly appointed UN Representative in Iraq, Mr Martin Kobler, has been quoted as saying that: “The primary and overall responsibility to deal with the situation in Camp Ashraf lies with the government of Iraq within its sovereignty.’! and “I count on the full cooperation of the Government of Iraq” (AFP). 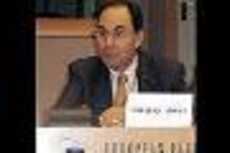 Iranian regime media reported : “Special Representative of UN in Iraq has talked about the negotiations of EU, USA and UN officials with Iraqi government to close Ashraf Camp” There is no doubt that any relocation inside Iraq is tantamount to sending the residents to their deaths.

We in the European Parliament do not trust the Iraqi government and its assurances. According to the UN, more than 34 were killed on 8 April 2011 by Iraqi forces including 8 women. Two of the wounded died a few weeks later. Iraq’s official position was first that there were no casualties and then it said they had committed suicide! So there is no doubt that if Ashraf residents are to be dispersed in small groups, Iraqi forces will be able to torture and assassinate them and claim they committed suicide.

The international community, in particular United Nations, USA and the EU must mobilise all their efforts to prevent another predictable bloodbath and a repeat of Srebrenica in Ashraf. The United Nations should do its utmost efforts to approve the refugee status of Ashraf residents, facilitate their immediate transfer to third countries and force the Iraqi government to postpone its deadline until the process is completed.

Ashraf residents have shown all kinds of flexibility; they have agreed to the European Parliament’s plan to be transferred to third countries, despite their obvious right to remain in Ashraf, where they have lived for the past 25 years; they have filled individual asylum application forms.

But they are not at all prepared to be forcibly displaced inside Iraq and one should not expect them to volunteer to be slaughtered. If they are forced to be displaced, they will have no other option but to resist. We sincerely hope that the UN Secretary General would convey this simple reality to the Iraqi government, to Mr Kobler, to Mr Guterres and other relevant parties in the United Nations. UNAMI must explicitly and without any ambiguity reject Iraqi plan for forcible relocation, which is designed to kill the residents. UNHCR should demand immediate access to the residents to start its registration and refugee status determination and break its silence about Iraq’s impeding attitude.

Finally we call on Baroness Ashton to follow the European Parliament’s resolutions and guidelines which reject forcible displacement inside Iraq and to publicly condemn the deadline of 31 December 2011 to close Ashraf to give time to UNHCR to resettle Ashraf residents in third countries.

International Committee of In Search of Justice (ISJ) enjoys the support of over 4,000 parliamentarians throughout the world.