On Friday May 14, 2010, a U.S. Air Force officer battling stage IV Hodgkin’s Lymphoma will marry her long time sweetheart (also an officer in the Air Force) in a high-end wedding which has been 100% DONATED to the couple by local businesses.

The couple inspired contest producer and wedding planner Liz Guthrie of San Jose, CA to start a nonprofit organization called Wish Upon a Wedding which launched in January of this year. The organization has grown rapidly to include 15 chapters and provides weddings to terminally ill individuals across the nation. So far four of such celebrations have taken place.

Currently residing in Virginia, Vanessa Muza Teskey and her fiance Mike Hawkins were one of 350 contestants in The San Francisco Dream Wedding Giveaway. The producers felt they were by far the most inspirational couple, and the public proved that when they were overwhelmingly chosen through online voting.

From the venue to the gown, the food to the flowers, the 6 piece party band to the custom designed wedding rings, this wedding is valued at $100,000.00, and all aspects of it are being COMPLETELY donated to the winners. 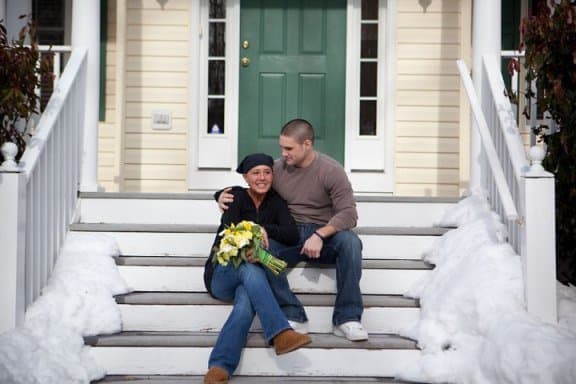 All photos courtesy of Kate Triano

Vanessa and Mike met after graduating from the Air Force Academy, and fell in love after Michael’s friends encouraged him to ask her out. Mike deployed overseas during the war, and during that separation, Vanessa was diagnosed with Hodgkin’s Lymphoma. From 11,000 miles apart, the contest gave them hope for a brighter future. Throughout the course of the contest, Vanessa has been undergoing cancer treatments including chemotherapy, from which she has a short break to be married in San Francisco and honeymoon in Napa.

Despite the intense treatments Vanessa endures, her optimism and love make her a truly remarkable person. Totally humble, and appreciative of her good fortune, Vanessa says “With Mike and I being separated, having this contest to tell people about has really brought he and I closer together even though we have to be geographically far away because of my treatments! We are so excited to share this special day with our families~ It is a dream come true!” 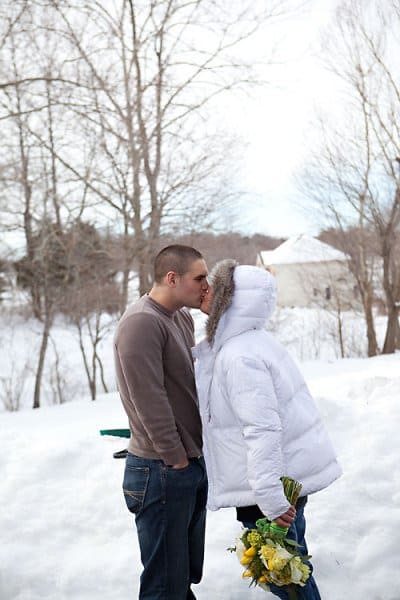 Vanessa and Mike will tie the knot at the exclusive Joie de Vie property Hotel Vitale , located in the heart of San Francisco. Read their story here.

“We are thrilled to host Vanessa and Mike’s ‘Dream Wedding’ at San Francisco’s only luxury waterfront hotel,” said Melony Williams, Hotel Vitale’s general manager. “We felt this ceremony between these two remarkable individuals could only take place at a truly authentic San Francisco property, and with our stunning waterfront views and elegant design the reflects the natural beauty of our surroundings, we knew we were a natural fit.”