Making up one quarter of the four major curable sexually-transmitted infections, gonorrhea is feared to be at risk of running out of treatment options, according to the United Nations health agency today.

World Health Organization (WHO) warned that gonorrhoea is becoming a major public health challenge, due to the high incidence of infections accompanied by dwindling treatment options.

“We are very concerned about recent reports of treatment failure from the last effective treatment option – the class of cephalosporin antibiotics – as there are no new therapeutic drugs in development.” – Dr. Manjula Lusti-Narasimhan, of the World Health Organization (WHO) Department of Reproductive Health and Research 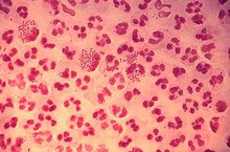 WHO reports that several countries including Australia, France, Japan, Norway, Sweden and the United Kingdom are reporting cases of resistance to cephalosporin antibiotics.

Annually, an estimated 106 million people are reportedly infected with gonorrhoea, which is transmitted sexually.

In new guidance issued today, WHO is calling for greater vigilance on the correct use of antibiotics and more research into alternative treatment regimens for gonococcal infections.

The agency’s Global Action Plan to control the spread and impact of antimicrobial resistance in Neisseria gonorrhoea also calls for increased monitoring and reporting of resistant strains as well as better prevention, diagnosis and control of gonococcal infections.

WHO cites that since the development of antibiotics, the pathogen has developed resistance to many of the common antibiotics used as treatment, including penicillin, tetracyclines and quinolones.

WHO says antimicrobial resistance is caused by the unrestricted access to antimicrobials, overuse and poor quality of antibiotics, as well as natural genetic mutations within disease organisms.

In addition, WHO notes that gonorrhoea strains tend to retain genetic resistance to previous antibiotics even after their use has been discontinued.

According to WHO, the extent of this resistance worldwide is not known due to lack of reliable data for gonorrhoea in many countries and insufficient research.

Gonorrhoe can cause health problems in men, women and newborn babies including: infection of the urethra, cervix and rectum; infertility in both men and women. Gonorrhoe also significantly increases risk of HIV infection and transmission.

UN reports that many of the estimated 340 million new annual cases bacterial STIs, such as chlamydia and gonorrhoea are untreated because of lack of access to services.