There is little doubt that a majority of physicians in this country are adamantly against the Affordable Care Act.

They see nothing but a bleak future in their practice, the loss of independence to a more intrusive government bureaucracy and an income certain to erode, as reported by everydayhealth.com.

Further proof is provided by a Deloitte Center for Health Solutions survey covering in excess of 600 practicing doctors. The study showed that six of ten doctors planned to retire early (within the next three years) as Obamacare is fully enacted January 1, 2014.

That will mean less doctors and less experience. The spectrum of retiring doctors runs through all age groups and specialties.

Doctors To Scale Back Hours

That means across age groups most definitely, but also gender and specialty. In fact, 55 percent of those not retiring will scale back the hours they are available to patients mainly because of the law’s clauses. The longer hours they now work and the new penalties (monetary) they will face are striking.

The most disturbing part of the survey was those polled who said they believed “the best and the brightest” considering medicine as a profession may opt out for another career elsewhere.

What was the percentage of active physicians stating that belief? Seventy-five percent answered in that fashion.

As the survey pointed out, “Physicians recognize ‘the new normal’ will necessitate major changes in the profession that require them to practice in different settings as part of a larger organization that uses technologies and team-based models for consumer (patient) care.”

It appears from the results that two-thirds of the doctors who plan to continue their practices will work more closely with the hospital they are affiliated with and 31 percent said they plan to group with other doctors to form larger practices.

Further bad news for potential patients after 2014 include the survey question that states eight of ten doctors are certain that “mid-level providers” will play a larger role in directing primary care.

In other words, a faceless government bureaucracy will interfere more than ever in your personal doctor’s treatment of what ails you.

Four in ten doctors directly identify the onslaught of Obamacare for reduced salaries with more than half claiming cuts of over 10 percent. Those reporting pay cuts firmly believe their income will be slashed in 2013 and drop even further in 2014 as a result of the health reform law.

The results of this survey will become obvious to those Americans already paying for health insurance.

A large percentage (75 percent) did claim they are “satisfied” being a doctor, even though the number is considerably lower with primary care providers and higher for younger age groups.

The main concern is less “one-on-one time” with patients, far longer hours and the costs of coping with government programs such as Medicare, Medicaid, and government regulations.

Those being surveyed included over 20,000 physicians randomly selected from the American Medical Association’s membership file. Ironically, only 613 returned completed surveys.

What prevented so many doctors from speaking up?

One guess. It’s a diagnosis that many mental specialists reach. 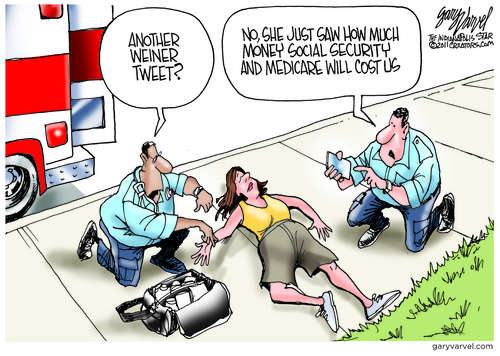