On one hand the new mantra of ‘zero new HIV infections, zero deaths and zero AIDS-related stigma and discrimination by 2015’ is increasing decibels and on another hand Indian AIDS response is dealing with a complex matrix of challenges impeding programme outcomes. To compound the situation there are policy conflicts against public health such as the Supreme Court’s decision to re-criminalize same sex behaviour that further will slow down the AIDS response in the country (as men who have sex with men and transgender people are HIV key affected populations as per the government’s National AIDS Control Organization).

Do we need to look differently to take stock of India’s HIV response over the years?

Dr RR Gangakhedkar, Deputy Director of National AIDS Research Institute (NARI), Indian Council of Medical Research (ICMR) said that a lot has changed since first person was diagnosed with HIV in 1986 in the country. For instance, national programme for sexually transmitted infections (STIs) became stronger than it was 27 years back. AIDS denialism and silence around sexuality were a big barrier in 1980s severely paralyzing work on HIV. Blood safety programme was in its infancy and health infrastructure was not being used for responding to behaviourally transmitted infections back then. After 27 years since first person with HIV got diagnosed in India, there is a considerable positive change on the above stumbling blocks, said Dr Gangakhedkar. He was speaking at the 6th National Conference of AIDS Society of India (ASICON 2013) with Citizen News Service – CNS. 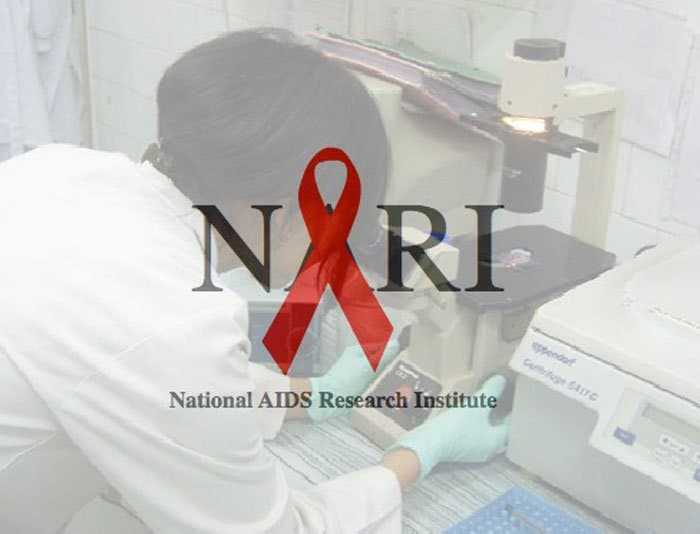 Mobilizing HIV key affected populations and recognizing their community competence by engaging them as experts in policy making has made a defining contribution to HIV response over the years. If we evaluate in terms of different programmatic components of HIV response, India has made significant progress. India has a strong track record of providing antiretroviral therapy (ART) for 9 years, Prevention of Parent to Child Transmission of HIV (PPTCT) since 12 years and protease inhibitors (PIs) since past 16 years as of now. In 2011-2012, we counselled and tested 19.4 million people in the country. Over 650,000 have been put on first-line ART through a pan-India network of 380 ART centres, 840 Link ART centres and 10 Centres of Excellence. More than 1.4 million people have benefited from TB-HIV cross-referrals leading to additional detection of about 46,000 cases of TB-HIV co-infection in 2011-2012, said Dr Gangakhedkar.

According to latest data overall HIV rates have declined but not in key affected populations such as transgender people, long-distance truck drivers, among others. HIV rates in all key affected populations continue to remain manifold than in general population. International and domestic funding, and technical support have upped to support HIV response in India which has directly impacted the demand generation for services and service provision as well.

India had responded to HIV early on. Dr Gangakhedkar reminisced that the ICMR had started HIV surveillance in 1985 and first cluster of cases was identified in 1986. National AIDS Policy was formulated by 1987 which has been surely a work in progress since then. National AIDS Control Programme (NACP) was launched in 1992, six years after the diagnosis of first HIV case in the country. India had recognized the key affected populations and responded in form of targeted interventions (TIs) in 1990s.

Globally transmission of HIV via blood transfusion got attention in 1985 and by 1989, India came up with policy recommendations regarding professional blood donors that all blood units must be tested for HIV. Likewise HIV subtype-2 was identified in India in 1991 and HIV test kits had included HIV- subtype-2 testing by the end of the same year. The first-ever PPTCT began in 1994 globally and by 1999, India was beginning to roll it out . Similarly ART were developed in 1997 and its provision in India as part of the programme began since 2004.

Over 5.1 million at-risk people were covered through 1705 TIs, and over 300 million condoms distributed and 4.1 million episodes of sexually transmitted infections (STIs)/ Reproductive Tract Infections (RTIs) were managed in 2011-2012.

We have been successful thus far but there are threats that need to be understood, cautioned Dr Gangakhedkar. He stressed on a combination package of prevention and treatment approaches to meet unique needs and contexts of key affected populations as well.

Although estimates of transgender populations are smaller but HIV rates are among the highest. Extremely low levels of service coverage for transgender people and high mobility are other challenges.

Two major causes of death among injecting drug users (IDUs) are drug overdose and hepatitis C Virus (also referred as Hep C or HCV). There is no free treatment provision for HCV, which threatens to lose gains made by ART provision in IDU living with HIV. Continued high prevalence of HCV merits reconsideration as we have not been able to influence the cohorts of new IDUs, said Dr Gangakhedkar.

“The two worst global health problems have combined forces well. But the institutions addressing them have miserably failed to put their act together” wrote Dr Tim France in an editorial published in many media across the world in 2006 (The Chasm Between HIV and TB). Although significant progress has been made on implementing TB-HIV collaborative activities yet a long road lies ahead of us.

Coverage of TB-HIV collaborative activities has shot up over the past years from ‘both sides’ (TB and HIV programmes) in India. But a lot more needs to be done. The Revised National TB Control Programme (RNTCP) should at least think of using daily treatment regimen for HIV co-infected people, suggested Dr Gangakhedkar. 5.2% of samples tested for HIV among those referred by RNTCP were positive for HIV, which should set have rung the alarm bell much earlier than now!

Counselling and Adherence are The Golden Mantra

Quality counselling and adherence issues need much more attention than currently given. With National AIDS Control Organization (NACO) gearing to raise the ‘cut-off’ CD4 count to 500 for ART eligibility, counselling and adherence related areas will become more definitive. Culturally or linguistically patients, often female patients, are heard complaining ‘mar gaye hote to achcha hota…’ (death would have been better…). Dr Gangakhedkar said that counselling and adherence related components of the programme must be robust enough to match the roll-out of services. Median CD4 count at which people living with HIV (PLHIV) present themselves to receive ART is about 200 in India now. So lot more needs to be done to bring PLHIV to the fold of services early on. PLHIV need to be counselled very well that why starting ART earlier when they otherwise feel healthy and fine is better for their long-term health. Obsession of healthcare providers with newer drugs should not diminish critically important comprehensive quality-counselling and adherence related issues.

There are many more key successes and challenges in fight against AIDS than mentioned above. But one thing is clear: we are not going to reach to AIDS related ‘zeroes’ unless we also aim to reach other related ‘zeroes’ (such as zero TB-HIV or Hepatitis C Virus/HCV and HIV related death). (CNS)

Tyson Had Sordid Food Production History Before the Coronavirus

As Slaughterhouses Close, A New Novel Coronavirus From Pigs Looms

Dear World, Just Checking Up On You