The circumstances of Erika Megan Sharpton’s death (which has been ruled a homicide) are quite unusual. Megan was supposed to drop by her family’s house that day (a Sunday, July 1st), since her sister was in town.

She last talked to her mother (by phone), Kelly Sharpton, at around 3:45 PM that Sunday, when June turned into July. Megan mentioned she would try to hook up with a possible patient (Megan was a nursing student), an elderly lady, I believe. 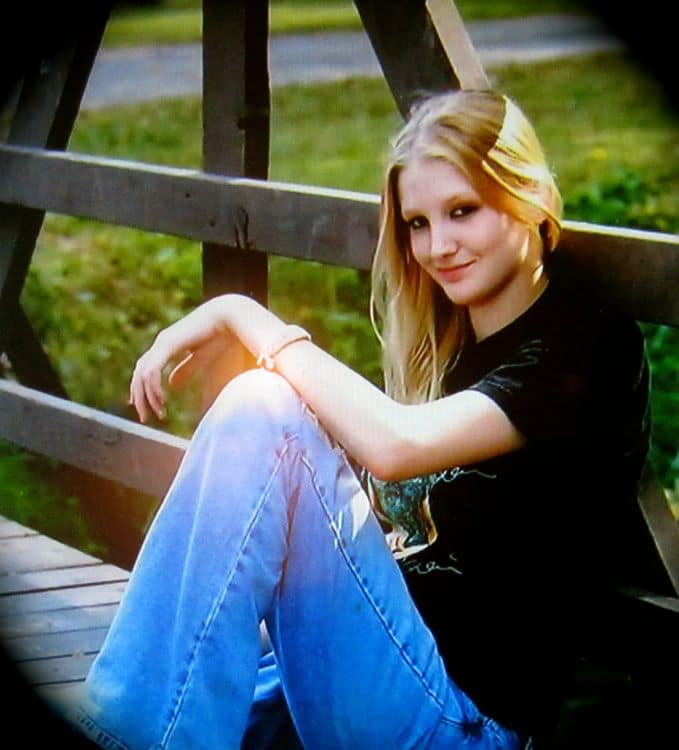 We know she met with her boyfriend after speaking with her mother, but he went to work, so he has a good alibi and has been cleared by the Franklin County Sheriff’s Department. But where did Megan go after leaving her boyfriend’s?

There are other aspects of her case that are highly unusual, as well. Whoever killed her, spread the evidence out over three locations. Her pink purse was left in one spot, her red Mustang in another, and her burning body in yet a third location.

Not that the perpetrator was particularly clever in the ways he attempted to cover up what he’d done, but rather a certain level of diabolical desperation and deliberation is present. Did Megan know her killer?

Experts fall on both sides of the fence in this matter. Both are right, however, in saying that the unknown killer wanted her body (and her purse and car) to be found. He could have taken her body much deeper in the woods, but rather chose to leave it in a clearing, off the side of the road, where it would be easily discovered.

Several puzzling elements of the crime are presented to the detectives working on Ms. Sharpton’s case. Why was her red Mustang abandoned in the middle of Three Forks Bridge Road? Why not take the car to a less obvious place to get rid of it? Then, once exiting the car, how did the perpetrator get away? Did he walk, possibly hitchhike, or did he have access to another vehicle?

Moreover, Megan’s purse was found 5 miles away from where her body was dumped, which was then set on fire. Is the purse spot the place where the murder took place? Was it a sexual assault that led to rage (when his advances were rejected), then the bludgeoning occurs?

That’s my call, and another call is that she knew her killer, if only vaguely. Why was she set on fire only from her navel down to her feet? We know she was nude in that area as well. Where did the perpetrator get the gasoline (or whatever accelerant was used?) to burn her body with?

With this in mind, I would think, after killing her, he would have to go to a gas station and purchase the gas, if not the can. Of course, if he used lighter fluid, this would make the purchase less conspicuous. A third scenario, is that he returns to his own house (in her Mustang) and picks up an accelerant previously purchased. Any of these sketches will work.

Naturally, if she didn’t know her killer, we might apply the ubiquitous ‘serial killer theory.’ There’s a fit here also, if a naive and caring Ms. Sharpton, say, picked up a ragged hitchhiker of some kind. This is a distinct possibility! And the way the crime was covered up, or made to look, it would seem as if he had done this sort of thing before.

25 days since this terrible homicide, and no suspects are yet emerging. It would be nice if I could tune in a little closer, yea, it would help a great deal. I’m no psychic, but if I could concentrate a little harder, I’m nearly seeing who did this to Megan Sharpton and why they did it too!