NewsBlaze News
Home Unusual News Driving us crazy: some of the weirdest driving laws around the world

It used to be said that everything that was enjoyable was “illegal, immoral or fattening.” However, when it comes to global driving, one country’s “illegal” is another nation’s “Go right ahead – and have a nice day!”

Where in the world can you legally drive in the nude – and alternatively, where will driving topless, even if male, definitely get you in trouble in no time at all? Drink driving – and that would clearly include drinking alcohol while actually driving – is obviously a no-no, yes? Er, no, not everywhere; but there is at least one place on the planet where even indulging in a soft drink or a bar of chocolate while driving will result in being pulled up for a foodie offense. It’s enough to drive anyone to drink, but if you’re giving a lift to friends who’ve over-indulged in alcohol, there’s a place where it’s the back seat only or Shanks’s pony for them.

If you’re flashed in some parts of Scandinavia, it’s because the flasher is a local who is concerned for your welfare. I spy with my little eye, something beginning with “D”: if you enjoy a trip out in the car with the family pet, there’s a nation where a seat belt is required for canine passengers. On the topic of spying eyes, you’d better watch out, you’d better take care … to pack a spare pair of glasses, that is, if you’re planning on driving in one popular European tourist destination. And finally, splish-splash – if you splat a passer-by it’s an offense in one part of the globe; and simply having a mucky car is viewed as potentially dirty doings in another.

Welcome to the confusing world of global driving laws where you can never be quite sure which direction is the right one – travel safely!

1.Puddled-off? You will be in Japan if you splash a passer-by while driving. It’s an offense.

2.It’s “cave canem” (beware of the dog) in Italy if you’re planning a road trip with the family pet. Doggy seat belts are a requirement.

3.Tailors – who needs them? The emperor might have no clothes – but it really doesn’t matter in Germany, he can drive around in the nude as much as he wants.

4.Top that: why asking “where’s my shirt?” could get you into trouble in Thailand.

5.In Russia, if you have a filthy vehicle, head to the Bolshoi Valet rather than the Bolshoi Ballet – dirty driving’s an offense.

6.See you, Jaime: why “I didn’t see you there, Officer” will cut no ice with the Spanish traffic police: a spare pair of specs is mandatory when driving in Spain.

7.Munch, chew, slurp: then start up the car. Not the catchiest of slogans, but it will ensure your legality in Cyprus.

8.No drunks, please, we’re Macedonian. Well, at least not in the front seat, however much they claim to be your best pal.

9.Best “Catch 22” ever? You can drink alcohol while driving in Costa Rica, but under no circumstances be drunk. How does that work, then?

10.The best place to see the Northern Lights? Definitely, Sweden, if it’s headlights you’re talking about. Keep them on! 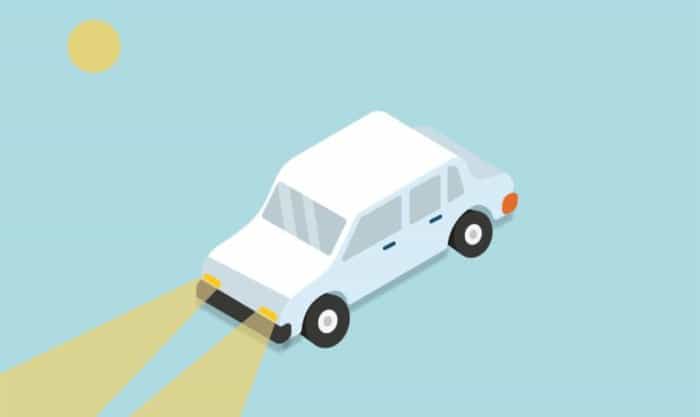 Genuine Hauntings and Cases that are Way Creepier than Amityville