NewsBlaze News
Home Thoughts Opinions And Pray, Why Are N-Weapons Priority for Iran?

If a nation had a billion dollars and its people on edge as they faced rising costs of living, a currency falling in value by the hour and a frustrated army of the unemployed, where would it spend that sum? Answer: If it’s Iran it will plough a major chunk to prop up the outfits and actors behind its terrorist entanglements in the region and to develop nuclear capability and n-weapons.

If anything were left over that might be flung in the direction of those clamouring for public support.

Iran cannot afford to have nuclear capability. If it somehow manages to have it – in the face of punitive American sanctions, due in full force from November 4 – then, as US President Donald Trump and many others before him have stated, it cannot be trusted with those nuclear toys.

Yes, Iran wants the nuclear toys not because it needs them or whether it can afford them but because nearby nations have them and it does not want to be seen as backward. It seeks to legitimise its Shia hegemony over the vast swathe of Sunni nations. None of those nations has been able to develop the nuclear capability of any sort. Iran wants them because on the strength of such weapons it can thumpingly stress its primacy in the Middle East.

Or so its unelected Supreme Leader Ayatollah Khamenei and his cohorts seem to believe.

In Asia, given its geopolitical chessboard, only three countries can claim to have the real ‘need’ to possess nuclear weapons – China, India and Pakistan. The first two say they need them to keep each other in check because they had a war back in 1962. Stretches and pockets of their long common border are still meshed in contentious claims and they have reasons to eye each other warily.

India and Pakistan say they need them to keep each other in check, too. That’s because they have fought four wars since 1947 and a divided Kashmir is a sensitive and fiery issue between them. Neither wants to take chances on the score of its defence.

Iran, by contrast, has no threatening neighbour. In fact it is a country notorious in the region for trying to keep its neighbours beyond the Gulf under its thrall and its next-door neighbours in its pocket. One might argue that it needs the nuclear capability to stand up to Israel. But when it comes down to a showdown between Iran and Israel the buck stops at Washington, not Tel Aviv.

The laundry list of Iran’s misdemeanors is long indeed. It has been occupying three islands belonging to the United Arab Emirates for half a century. For many years, it has been trying to subvert directly and through Qatar the Bahrain regime. It was caught spying in Kuwait. It countenanced the arson attacks on the Saudi embassy and a consulate in Iran. There have been instances when its dirty tricks department has been fitfully operational even within Saudi Arabia, and lately it has been challenging the Saudis via Yemen by funding and arming the Shia Houthi rebels.

Closer to home, it has insinuated itself into the Iraqi battlegrounds and is among the arms suppliers to the abhorrent regime of Bashar Al Assad in Syria, not to speak of its virtual control of Lebanon through the Hezbollah. On top of that, Russia and China, the two giants in its neighbourhood are on the best of terms with it.

Moscow has been helping Iran with its nuclear energy projects and Beijing, which means to continue to buy its oil even after November 4 sanctions, has been trying to include it – especially its Chabahar Port – in its Belt and Road project for the expansion of its trade.

No wonder the two countries have been maintaining silence over Trump’s proddings about junking the nuclear deal with Iran.

So who is a threat to whom is clear to those who can read the signs and it is obvious Iran can very well do without nuclear weapons. Now that its rial is inching towards 130,000 for a dollar, it’s time Khamenei gave the idea some serious thought. 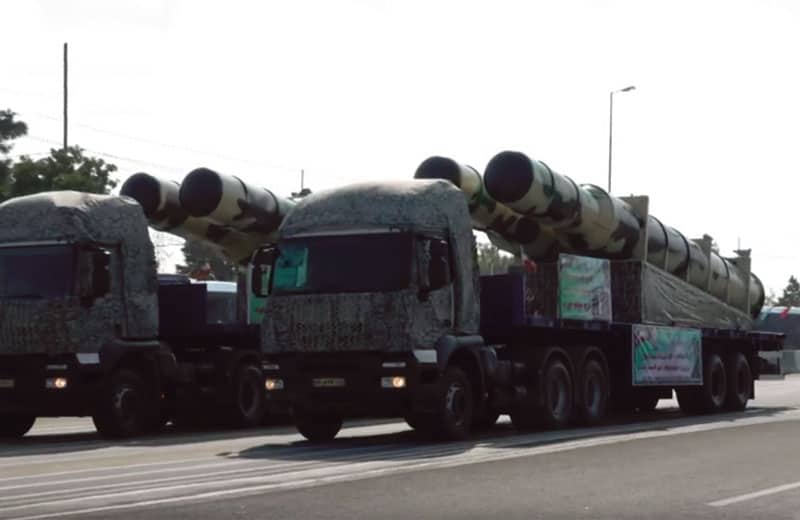