NewsBlaze News
Home Thoughts Opinions The U.S. is At a Crossroad in Afghanistan

“What is our purpose in Afghanistan?” The president said. “After so many years, they ask, why do our men and women still fight and die there? And they deserve a straightforward answer. So let me be clear: Al Qaeda and its allies-the terrorists who planned and supported the 9/11 attacks-are in Pakistan and Afghanistan.”

“Multiple intelligence estimates have warned that al Qaeda is actively planning attacks on the United States homeland from its safe haven in Pakistan. And if the Afghan government falls to the Taliban-or allows al Qaeda to go unchallenged-that country will again be a base for terrorists who want to kill as many of our people as they possibly can.” President Barack Obama-CNN-Analysis: Why are the U.S., allies still in Afghanistan? By Joe Sterling

Since September 11, 2009, eight years after the terrorist attacks on the World Trade Center, I have been gathering materials on Afghanistan and trying to assess the role of the U.S. in that region, as complex as it is. A plethora of data comes in everyday and the situation seems to fluctuate moment to moment as developments unfold. I am even beginning to believe that the President’s position is in flux also.

This is perfectly okay given the complexity of the situation on the ground in Afghanistan. Flexibility is required if we hope to call this one right. I see a paradigm emerging in our projected policy that brings two forces at play with one another. One policy would find the U.S. in a more aggressive role, with a permanent presence in the region. Essentially, we would become an occupier. The other possible role would find the U.S. acting as more of a strategic strike force using Special Ops to take out key al Qaeda figures or Taliban leaders. 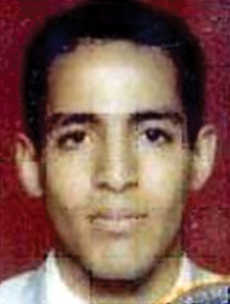 In February of 2005 U.S. Senator John McCain called for the establishment of permanent U.S. military bases in Afghanistan. These bases would be “for the good of the American people, because of the long-term security interests we have in the region.” (Wikipedia) McCain succinctly makes the case for an occupation, with no end in sight, no exit strategy in mind.

Yet other items in the news have caught my eye in terms of a fresher approach to countering al Qaeda. Recently American commandos killed the militant, Saleh Ali Saleh Nabhan in Nairobi, Kenya. Mr. Nabhan is implicated in the bombings of the American Embassies in Kenya and Tanzania in 1998. The use of Special Operations forces to nab this terrorist look especially wise, there were no civilian casualties, and five other foreign fighters were killed as well. (The New York Times-September 15, 2009-U.S. Kills Qaeda Leader in Southern Somalia by Jeffrey Gettleman and Eric Schmitt)

Another interesting development (that caught my eye) was the arrest of Muslim Khan by the Pakistani Army in Swat, which has been reported to have occurred on the 9/11 anniversary, but the arrest may have actually been made several days before. This is another good example of a selective elimination of the enemy. But other aspects of the Pakistani Army’s policy is more troubling. (NY Times-9/12/’09-Jane Perlez and Pir Zubair Shah)

A few days later (September 15th) the same reporters wrote a piece detailing atrocities of the Pakistani Army, that are killing many people who are claimed to be Taliban, but not all of them are proving to really be Taliban. An innocent man, Akhtar Ali, was tortured to death by the army, then his body was returned to his family disfigured. Perhaps hundreds of bodies have been dumped on the streets of the Swat Valley, such as in Mingora, Pakistan. This type of approach will surely alienate the local populous and cause them to go over to the side of the Taliban.

That was good work also when just this last Thursday commandos in Central Java killed Noordin Muhammed Top, the most wanted terrorist in Southeast Asia. Mr. Noordin was behind bombings at a Marriott Hotel in Bali and at an Australian Embassy in Jakarta. (NY Times-9/18-Top Terror Suspect Killed, Indonesians Say by Peter Gelling and Seth Mydans) By using Special Forces (in this case it’s Indonesian forces) to take out key figures who represent an Islamist militant position, more can be accomplished to fight the terrorists then an inconclusive ground war. 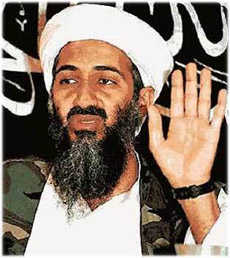 After a long and drawn out ground war in Iraq the American people do not have a stomach for a new protracted ground war in Afghanistan (after all, this war has been going on for 8 years already). A recent CNN poll shows that only 39 percent of Americans favor the war, while 58 percent are opposed to it. Obama himself has recently said that we will keep the troop levels at 68,000 for the year. The economy can also be sited as a reason not to over commit to this mission of quelling al Qaeda and the Taliban in Afghanistan (by way of a ground war).

I thought that a recent article on CNN by Peter Bergen (Commentary: Where’s Osama bin Laden?) was exceptionally insightful. He argues that bin Laden still has much power, that it hasn’t really weakened since 9/11, and that he still leads the jihadist movement around the world. This might be a better goal for the U.S., to try to capture or kill bin Laden. This would probably still do more to neutralize the strength of al Qaeda, both in Afghanistan and in the world.

I don’t think that Obama is flip-flopping on Afghanistan so much, as just rethinking our strategy, considering what might really be a more successful approach to take. And lessons of Vietnam and Iraq may be coming to mind as he shapes our new policy. From what I can tell, a ‘special operations’ approach is currently a far more successful way to deal with the terrorists. Weed out the leaders and the rest of the bad weeds will fall to the wayside.