“Why plant a seed deep in the ground? Why put a stone on a grave in town? Tell me, tell me, tell me. Tell me why it’s so? Tell me, tell me, tell me, tell me so I’ll know. Why does a wedding ring have the hardest stone? Why does a little dog bury its bone?” Tell Me Tom Waits why was the video Bring Cassie Home! pulled from YouTube? Who reported that Cassie Cotta had been drinking heavily the evening of December 30th? Was this inaccurate? Why did Cassie continue to live with Brent after two cases of domestic battery? She had a no-contact court order from last April, but for some reason, chose to ignore it. 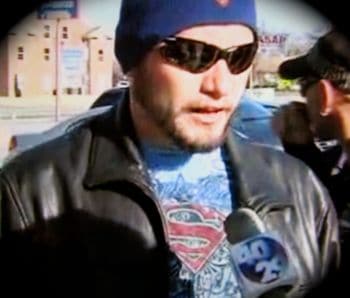 It has been reported that Cassie Cotta was planning on leaving her husband Brent Cotta, but didn’t act quickly enough, we have to conclude. As I watch and re-watch the 40/29 video of Brent interviewed by Jo Ellison (with his sunglasses, blue sock cap, whiskered with a black leather motorcycle jacket), our only reaction is one of disbelief. Why and how could you give an interview to the press, with your bewildering projections of innocence, when you are the one who killed your own wife?

And then we see Brent embracing Cassie’s mother, Pearl Cook, and a cold chill runs down our spine. One can only imagine how traumatizing this must have been for poor Pearl? Did she suspect Brent even at this early hour in the investigation? I think she probably did. Both were playing their roles at the Sonic Drive-In, but we realize now, so much more must have been gripping their minds.

Moreover, we know so much more now about what happened the Friday evening of December 30th. Cassie had called Brent at about 10 PM to pick her up at a bar. Cassie got impatient when Brent didn’t come right away. She called a cab and apparently when they got home, a big argument broke out. The argument was so heated, in fact, that neighbors clearly heard the row. 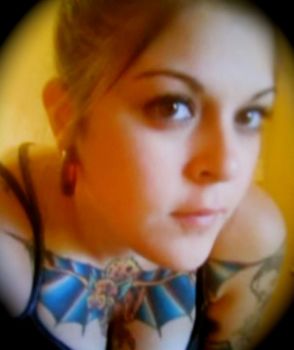 Then Brent was seen backing up his SUV to the door of their Fort Smith home. You know where this goes. Brent must have drove around searching for a spot to do what he was going to do, which ended up being a levee (chosen to leave her body) around 100 yards off Gun Club Road in rural Crawford County. Cassie’s purse and cell phone were close by. The coldness of this scene is contrasted against the warm way friends and family remembered Cassie, as she was in life.

I watched local news coverage (WTVR) of the candlelight vigil held on January 4th at the bar where Cassie worked, Perry’s Place in Fort Smith, Arkansas. People shared colorful stories about Cassie and played some of her favorite songs. Obviously, Cassie loved tattoos, and convinced a friend (Jeri Robertson) to get one, a tornado it turns out. But still, this is a serious tragedy on so many levels, and the vigil was permeated with reflexion and sadness, I sense.

The Student Operated Press (which I write for) received a nice letter from one of Cassie Cotta’s friends, that wanted me to mention that her tragedy is based on the most prevalent problem of domestic abuse, so that’s what I’m doing here. We wish Cassie had gotten completely away from Brent much sooner, but it never quite happened. Please get out of there immediately, if you find yourself in the same boat.