An article published earlier this year by gawker.com revealed that religious leader King Nazir Muhammad adopted an official song for their god A.L.L.A.H. That song was “Here I Go” by rapper Mystikal.

Today it seems Prophet Muhammad has changed the religion’s official song and instead, they have adopted the song “Rap God” by the rapper Eminem.

A Black God with a White Voice?

Just when I thought I was beginning to understand what Prophet Muhammad was up to, he makes a change that makes me rethink my premises.

It seems strange that a black power religion would use a “White Guy” to be the voice of their God of all things. But Muhammad is no stranger to weirdness, being a male who calls himself the lesbian messiah.

Knowing Muhammad’s work, we can be sure that this move could definitely have some deeper meaning behind it. Maybe its because Eminem is a white guy with a black style – who knows.

In any case, I’m sure Dr.Martin Luther King would be proud to see that integration has even made its way into religion.

This is a very interesting turn of events for this growing religion. Maybe this would take the edge off those who fear it would contribute to negative race relations.

No one can accuse this religion of being a black supremacy movement when the god himself is bi-racial – way to go Muhammad. 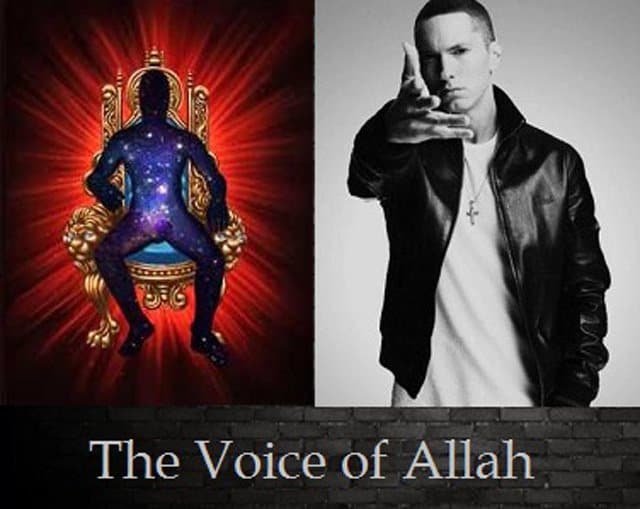