One of President’s harshest critics let off steam the other night.

Republican political strategist Karl Rove is among many who are perturbed about the Obamacare website. Tuesday night, Rove called the administration’s effort to blame problems with the Obamacare roll out on high website traffic as pure “baloney.”

On Fox News, Rove said, “Where was this administration in its planning process? They did not plan appropriately for the kind of volume one would expect.”

Immediately after it’s launch Tuesday, October 1st, there were “glitches,” which is a mild word for it. It was eventually shut down for repairs last weekend which left many wondering what Obamacare will look like if future participants can’t even enroll.

The weak excuse by the Obama administration was that the problems accessing the website serving 36 states was “Due to an overload of Internet traffic because of high demand for insurance coverage.” Anyone who knows anything about high capacity websites knows this explanation doesn’t hold up. Did they build this website to service just a few dozen people each day? 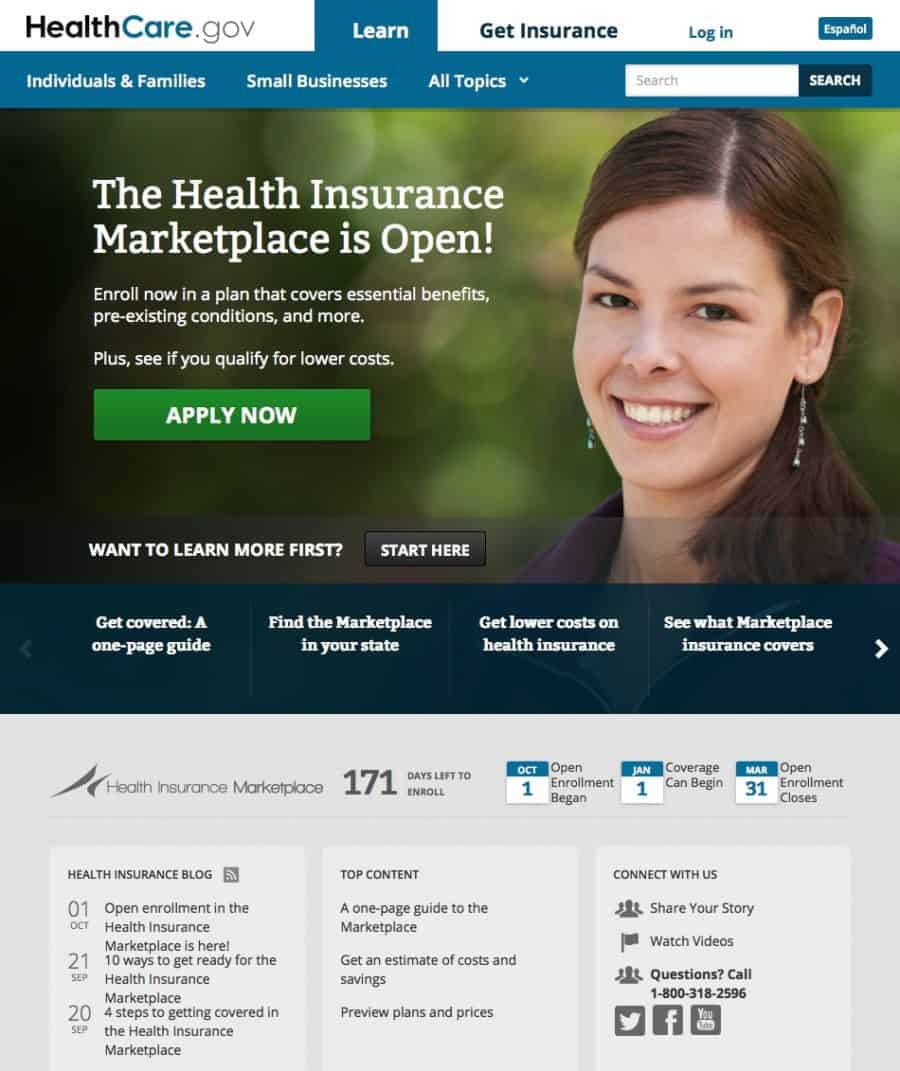 A variety of technical glitches held up enrollment procedures, and the system had difficulty confirming the identity of registrants, preventing some people from signing up for an account.

Technical experts contacted by The Wall Street Journal said the site “Appears to have been put together with coding problems and an inadequate software foundation.” It is just another government website debacle. And it isn’t as though they had a rush to create the site.

Looking inside the front page of the website shows a mess of javascript and a number of trivial but elementary coding errors.

Not everything is bad, though. The front page looks good and the code detects the size of the screen it is running on, so it can be easily used on desktops and mobile devices alike.

The government refuses to reveal the total number of people who have successfully signed up for coverage.

The White House does not differentiate between web “visits” and actual enrollments.

Insurance industry experts say the total estimate of people who were actually able to shop for coverage has likely been no more than a few thousand. Large insurers (Blue Shield and Blue Cross) have seen enrollment figures the low hundreds, according to the Journal.

Karl Rove put the blame for the problems directly on President Barack Obama. As he said, “Now they’re blaming who – the people signing up? ‘There are too many people signing up. There’s too big a volume.’ Baloney.”

Rove added with the technology available today, tracking those numbers should be fairly simple. Anyone familiar with analytics technology knows that.

“Maybe this program is not as popular here in the beginning as it was thought,” he said with a Cheshire grin.